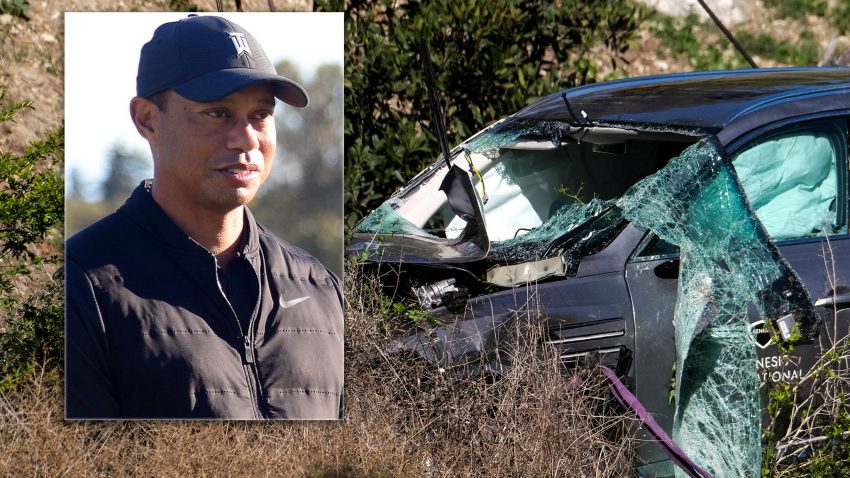 The Los Angeles Police Department on Wednesday revealed that speed was the main cause of a crash that seriously injured Tiger Woods in February.

Sheriff Alex Villanueva said Woods was driving at speeds unsafe for conditions and inability to negotiate a curve.

Contrary to some speculations, Villanueva said Woods showed no signs of impairment.

Villanueva said it was determined that Woods was driving at speeds between 84 and 87 miles per hour prior to the crash.

He was traveling at a speed of about 75 miles per hour when his SUV struck a tree.

Woods, who is from the Los Angeles area, had been back home to host his PGA tournament, the Genesis Invitational at Riviera Country Club, when the crash happened on Feb. 23.

He was driving an SUV loaned to him by the tournament when he struck a raised median in Rolling Hills Estates, just outside Los Angeles.

The SUV crossed through two oncoming lanes and uprooted a tree on a downhill stretch that police said is known for wrecks.

Woods is now in Florida recovering from multiple surgeries.