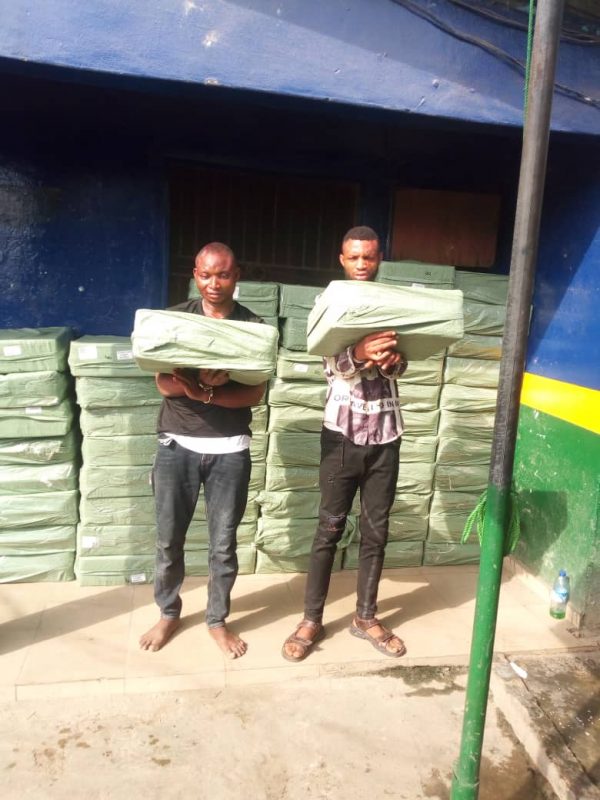 Police operatives attached to the Ojo Division of the Lagos State Police Command, on Thursday arrested two suspects for allegedly breaking into the warehouse of one Mr Chidi Okonkwo.

Whilst stealing, they called on a carrier (labourer) in the market, Bashiru Bala, to assist in evacuating the goods. Unknown to them, Bashiru, who knows the owner of the warehouse, called his attention to the incident.

The owner raced to the warehouse in the company of some market security men and the police, and the suspects were arrested. Meanwhile, the stolen items were recovered from them.

Lagos State Police Commissioner, CP Hakeem Odumosu, has therefore urged Lagosians to be their brother’s keeper and protect their lives and property against theft and malicious damage.

He reiterated his commitment to incorporate every stakeholder and sector into the security architecture of Lagos State for better protection of lives and property and general safety of the state.