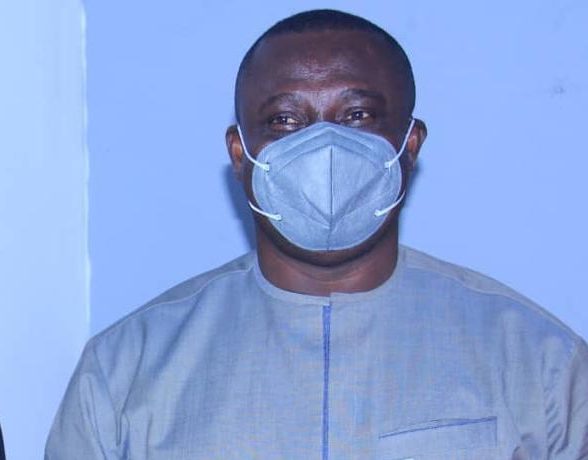 Prof. Ikpeme Ikpeme, the Chief Medical Director of the University of Calabar Teaching Hospital (UCTH) said medical consultants are hired to cater for patients since the beginning of the Resident Doctor’s strike.

He disclosed this while conducting newsmen around the facility as part of his two years achievement in office as CMD.

According to him, there needs to be medically-trained personnel at the hospital in case of emergencies.

Ikpeme said that modern equipments have been installed in various departments in the hospital with a view to curb the migration of persons moving out of the state for medical services.

His administration acquired a Direct Digital Xray System, 4D Ultra Sound Scanner and a 32 Slight City Scanner for the Department of Radiology.

This means that patients who visited the hospital for radiologic intervention would not have to go outside the state for the service any longer.

The CMD said that the hospital has automated its laboratories, with the medical microbiology laboratory been a designated Magnetic Resonance Imaging laboratory in the state.

“In the Dental Clinic, we have remodelled the clinic with state of the art machine so that nobody needs to go out of the state for his/her dental service anymore,” he said.

The CMD also said that the hospital was deploying an Electronic Health Information Management System with the aim of migrating from the paper clerkship system to an electronic system.

“The level of work done is about 60 per cent because the financial module has been set up completely, and we are doing this from one department to the other.

“The benefit of this is that there is going to be faster intervention times; there won’t be any need to move paper from place to place anymore.

“All a medical practitioner needs to do is to sit in the clinic, do the prescription for the patient without a paper and then the patient goes to the pharmacy for dispensation,” he added.

He expressed happiness that the hospital has benefited from a Federal Government funded 10-bed Intensive Care Unit under the COVID-19 intervention.

“My passion is to build, improve and upscale the level of services we render in the teaching hospital,” he said.

The CMD said that with the equipment in the hospital and better welfare package for doctors, the same level of services rendered in foreign countries can also be rendered in UCTH.

On the COVID-19 fight in the state, the CMD said that the hospital worked in collaboration with the state government in providing the needed service to patients.

“We provided manpower because our specialists were the ones training people in the state. Our four-bed isolation centre was also opened to the public.

“It was in recognition of our contributions that the Nigeria Centre for Disease Control and Federal Ministry of Health moved in to give us a bigger 30-bed Isolation Centre that is currently under construction.

“We also have a molecular laboratory that we are setting up for COVID-19, but with appropriate configuration of the machine, it can take care of Ebola, Lassa and other diseases.

“Once this laboratory is functional in about two months time from now, we don’t need to send out collected samples for testing outside the state anymore,” he said.