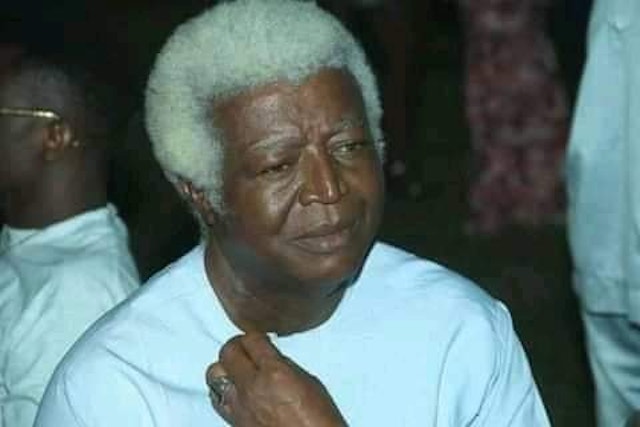 Nollywood stars have continued to mourn the passing of veteran actor, Bruno Iwuoha after news of his death broke out on Saturday.

The 68-year-old died after a prolonged battle with diabetes and would be missed for the fatherly advice he gives according to other actors.

Kanayo Kanayo, said, the news of his death was saddening because they were both very close.

The actor said the loss is a big one for the movie industry and him personally because of the bond they share.

“It is a personal loss for me because of the bond we shared. Anytime we were on location, he was either in my room or I would be in his. We talked at length on different issues,” Kanayo said.

John Okafor, aka Mr. Ibu, also said news of Iwuoha’s death still shocks him. He said he takes solace in the fact that the deceased was a good elder.

“The type of person he was made it possible for people to emulate him. He succeeded in making good use of his age in teaching the younger ones. Even though it is painful that he is no more, I take solace in the fact that he was a good elder.

Emeka Rollas who is the President of the Actors Guild of Nigeria said the late actor paid his dues but was shocked about his death.

“I received the news of his death with great shock. He was a very good fellow and a dedicated member of the Actors Guild of Nigeria.

“Even at his age, he was one person that always called to ask what he was owing the guild (dues and levies) and what he was supposed to do.

“He paid all his dues as at when due. His illness was sad and we tried in our own way to support him but at a point, the illness got out of hand.