Lady Joy Ihunwo loses pregnancy after she was brutalised by police in Rivers - P.M. News 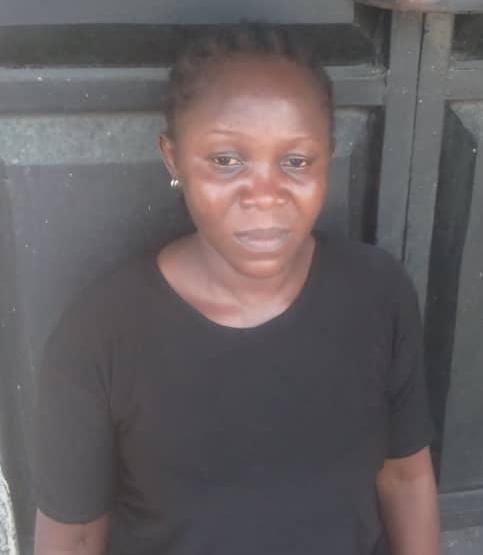 Mrs Joy Ihunwo; allegedly lost eight-week old pregnancy after she was brutalised by the police

A Port Harcourt housewife, Mrs Joy Ihunwo, has alleged that she lost her eight- week old pregnancy  after she was brutalised by officers of the anti- kidnapping unit of Rivers Police Command.

Mrs Ihunwo who wept uncontrollably while speaking to PM NEWS in Port Harcourt, said the  result of the scan which she carried out on Saturday 10 April, 2021 showed that she has lost the pregnancy.

She showed the report of the scan to PM NEWS Correspondent.

Narrating her ordeal, she said she was in her house last Tuesday April 6, 2021, when men of Anti-kidnapping unit came to ask for her husband who is the Chief Security Officer of Rumu-Elechi community in Mile 3 Diobu, Port Harcourt.

She said the police officers descended on her when they could not initially get her husband.

“They beat me up.  I told them I was in severe pains and that I was pregnant, but they replied that after they had finished with me, I would deliver my baby premature.

“Even while I was rolling on the floor complaining that I was in pains in my stomach, they ignored  my appeals to them that I needed urgent medical attention, they continued to beat me.

“They threatened that what I was going through was small compared to what they will do to me to ensure that I give birth prematurely.

She said she was Subsequently arrested and taken to the police state in lieu of her husband.

She added that the policemen were able to arrest her husband and some of his vigilance group members later, they insisted to taking her along with them to their station.

She was later brought back to her house after the arrest of her husband and his vigilance group members for a search during which the police officers further brutalized her and stole her money and other personnel effects.

“That night, they brought me back to our house for a search. They break forcefully break into our house, turned the house upside down. They collected my personal money which was N150,000 for house upkeep.  The stole my shoes, wrappers, my mother-in-law Police uniform, phones and even a MP3.

“I lost my baby due to police brutality. I need justice. Those Policemen who beat and made me lose my baby must face justice,” she said.

Mrs Ihunwo who is now hospitalized at the Rivers State University Teaching Hospital, RSUTH, said due to the beating by the Police with butt of the gun she started bleeding the next day after she was released on bail.

In the meantime, the Centre for Basic Rights Protection and Accountability Campaign has called on the Police to investigate the circumstance that led to the loss of pregnancy by Mrs Ihunwo after she was allegedly brutalised by men of anti-kidnapping unit acting on a petition her name was not mentioned.

A lawyer with the group, Mrs Jane James. called on the Police Authorities to ensure their officers found culpable on the matter are brought to book.

Our correspondent reports that some of the members of the  vigilance group who were arrested have been granted bail by the Anti-kidnapping unit.