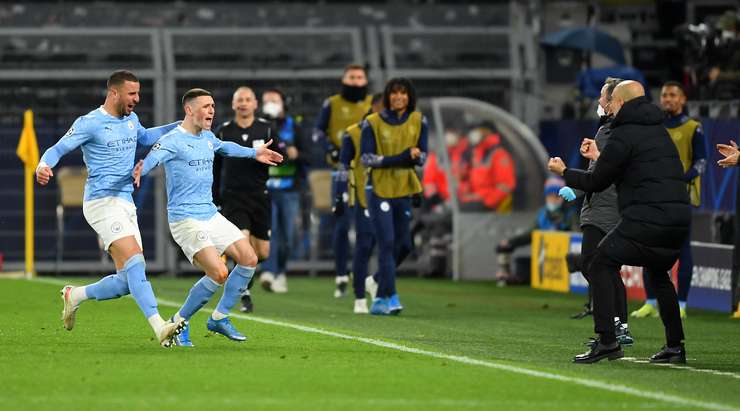 City scaled through on 4-2 aggregate, having won the first leg in England 2-1 a week ago.

Dortmund needed a goal to go through and ensure they did not concede any goal after scoring an away goal in the first leg.

On 15 minutes, the home side got the needed goal through Jude Bellingham.

A rebounded ball  fell at the feet of Bellingham just outside the box. He did not think twice and fired a brilliant shot into the top right corner. His attempt was beyond the reach of Ederson.

But City fought hard and were rewarded with a penalty on 55 minutes and Riyad Mahrez put the ball inside the net to make it 1-1.

It was a great strike from the spot by Riyad Mahrez into the right of the net, giving goalkeeper Marwin Hitz no chance.

The City player did not hesitate to lash home from just outside the box. He hit the ball precisely into the bottom right corner and it nestles in the net.

City have become the second English side to reach semi-final after Chelsea moved in on Tuesday.