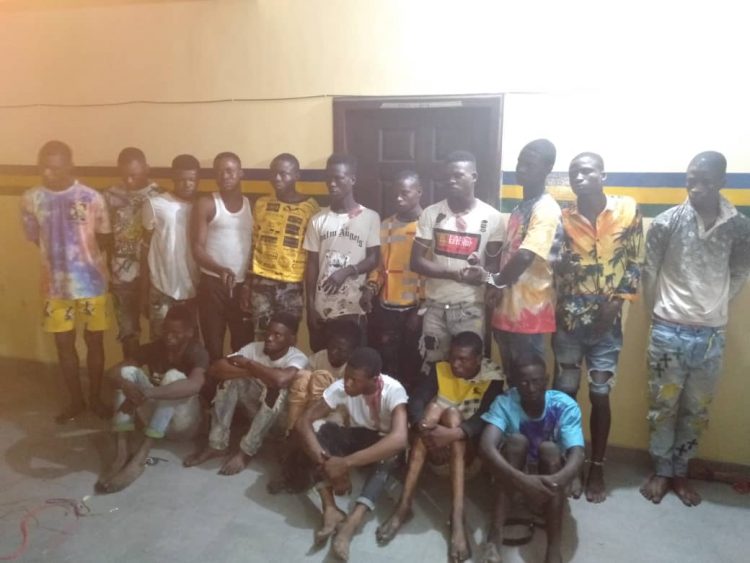 The suspected robbers arrested by the police

Operatives of the Lagos State Police Command have arrested 17 robbery suspects, with guns and live cartridges recovered from them.

A statement issued by the command’s spokesman, Muyiwa Adejobi said the policemen attached to Elemoro Division at about 2.00am on Wednesday arrested the suspects at their various hideouts within Lekki based on intelligent gathering.

Items recovered from them were: Three cut-to-size locally-made pistols and four live cartridges.

“They are the suspected armed robbers alleged to be terrorising and robbing the residents and POS operators at Ibeju Lekki area of Lagos State.

“They are giving useful information to the police on their various activities and/or operations in Lekki area,” Adejobi said.

He added that the police boss also affirmed that the command would be more proactive in its anti-crime strategies by taking the fights against criminals and hoodlums in the state to their hideouts.