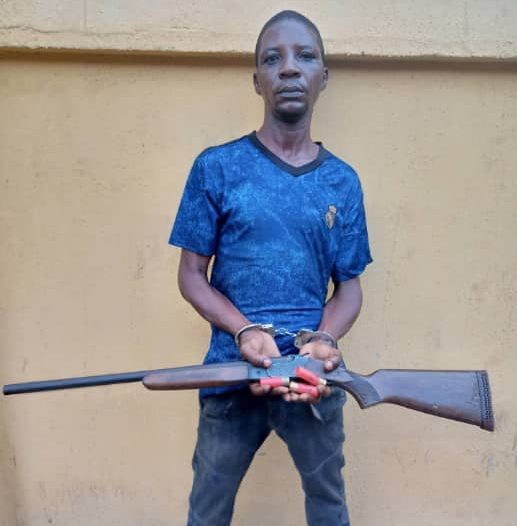 He was arrested around 2.00pm on the said day.

A statement issued by the command’s spokesman, Muyiwa Adejobi on Wednesday said Rasak shot Yahaya on his chest at Ijora area of Lagos.

He said the victim was rushed to the hospital where he was confirmed dead.

According to him, the police were alerted and raced to the place, arrested the suspect and recovered his gun with some cartridges.