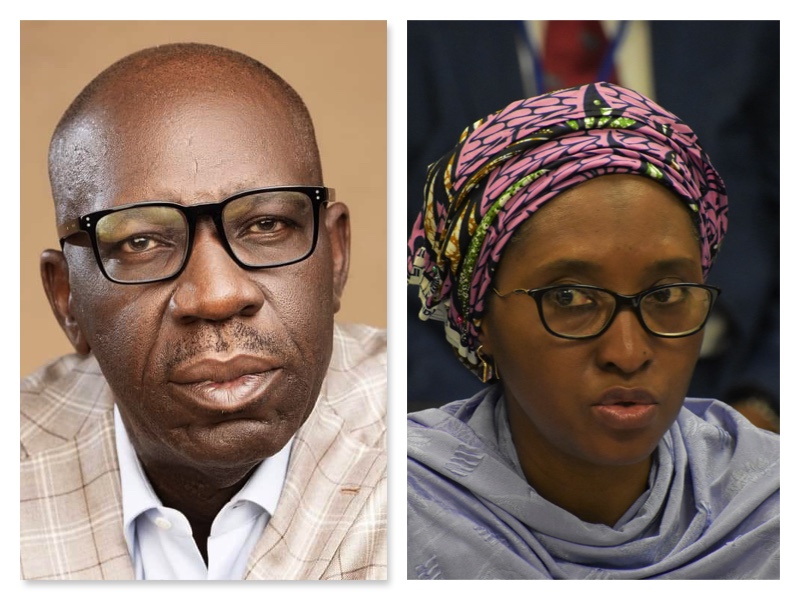 Governor Godwin Obaseki, fresh from the hassles of hosting the 20th National Sports Festival has replied Finance Minister, Zainab Ahmed over the printing of N60 billion to shore up the revenue shared by FAAC in March.

Zainab had refuted the claim, describing Obaseki’s claim as untrue and saddening.

“The issue that was raised by the Edo State Governor for me is very, very sad,” Zainab told State House correspondents on Wednesday.

“Because it is not a fact.”

“What we distribute at FAAC is a revenue that is generated and in fact distribution revenue is a public information.

“We publish revenue generated by FIRS, the customs and the NNPC and we distribute at FAAC.

Mr Obaseki has now replied her, not frontally, but sticking to his point that Nigeria is enmeshed in a financial quagmire.

“While we do not want to join issues with the Federal Ministry of Finance, we believe it is our duty to offer useful advice for the benefit of our country”, Obaseki wrote Thursday on Twitter and his website godwinobaseki.com.

“The Minister of Finance, Budget and National Planning, Mrs. Zainab Ahmed should rally Nigerians to stem the obvious fiscal slide facing our country.

“Rather than play the Ostrich, we urge the government to take urgent steps to end the current monetary rascality, so as to prevent the prevailing economic challenge from degenerating further.

“We believe it is imperative to approach the Nigerian project with all sense of responsibility and commitment and not play to the gallery because ultimately, time shall be the judge of us all”.