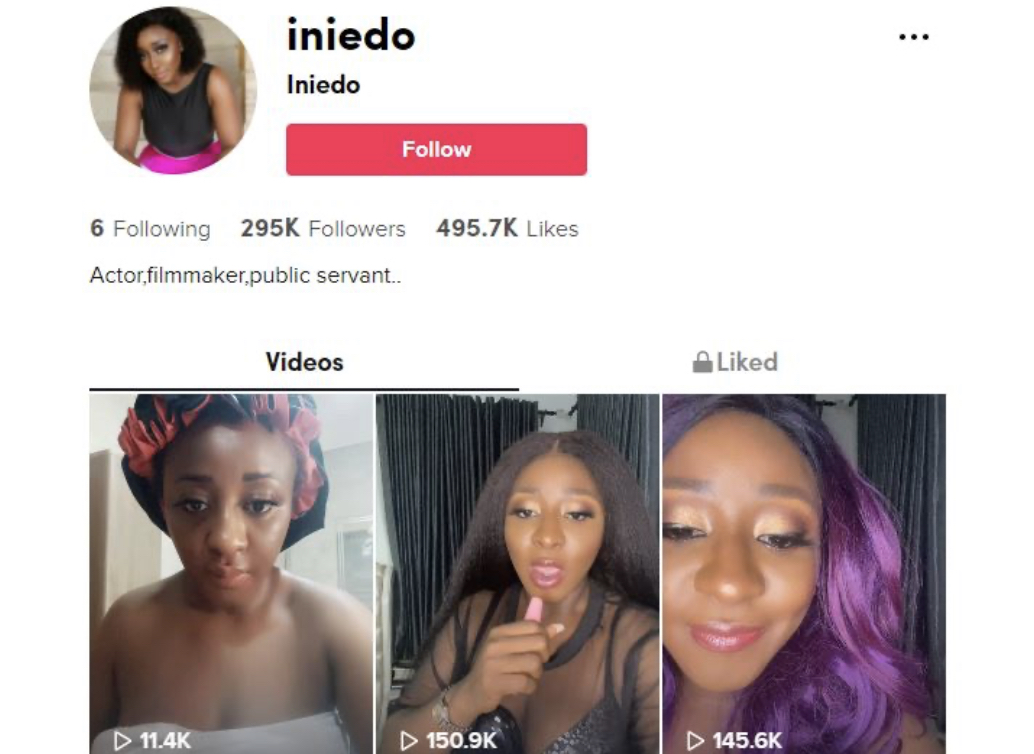 Popular award-winning actress Ini Edo who has been actively working in the movie industry for over a decade brings Nollywood glitter to TikTok.

During her successful time on TV, Ini has become a fixture in many popular blockbuster movies where her high-octane performances have won over her fans and lovers.

On TikTok, she is similarly loveable and engaging, sharing videos of herself dancing, working out and having a swell time in true TikTok style.

Clearly, in love with dance, Ini Edo couldn’t miss the viral #BussItChallenge that took social media by storm – check out her own recreation.

With over 290,000 followers, her fanbase also gets to see the glitz and glam that comes with being a star. 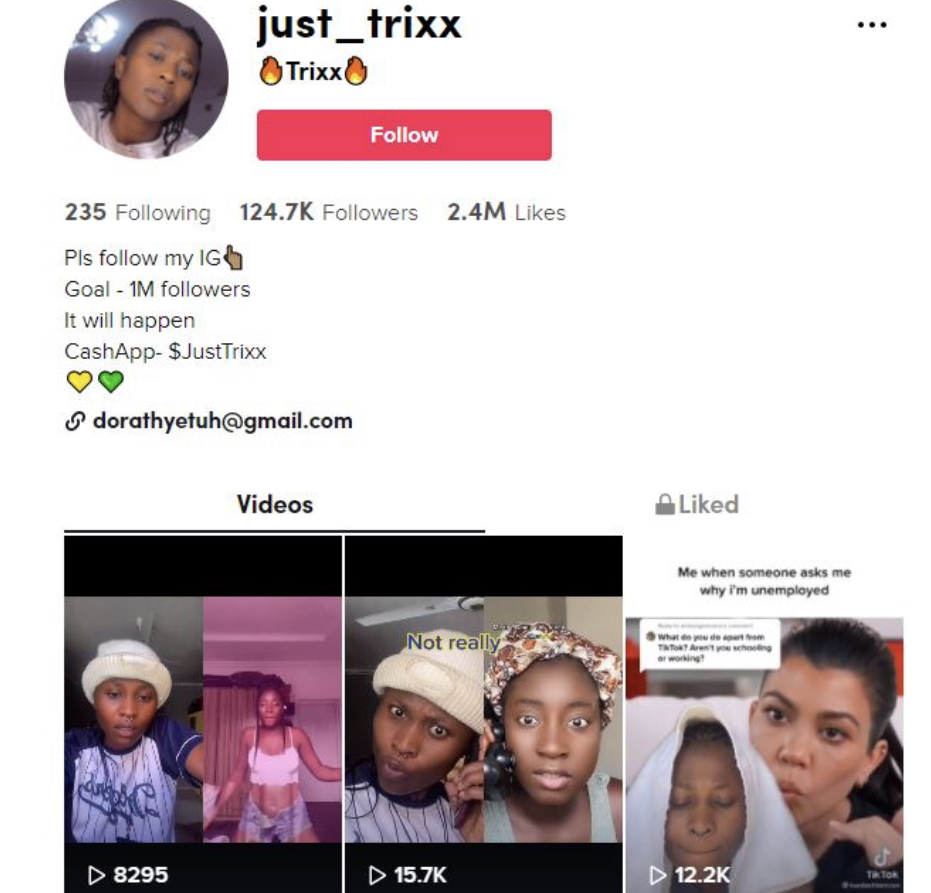 If you want an unfiltered perspective on Nigeria, and Africa by extension, Just_Trixx is the account to follow.

Her videos feature her going from place to place documenting the realities of life across communities that others would otherwise not go to. In addition to that, she is an accomplished dancer and choreographer.

Presently, Trixx has over 120,000 followers on TikTok and over 2 million likes on her account.

The diversity of Africa received some spotlight recently as wild animals in reserves were celebrated with the viral #TikTokWildLifeDay.

This allowed people across the world to watch these magnificent animals in their natural habitats and gave people the opportunity to join the challenge by using the What’s Your Wild Animal effect on TikTok.

Over 2.9 million people watched the original live and more than 400,000 videos have been generated with the hashtag that received over 1.1 billion views.

This #ForMama challenge owes its popularity to Mother’s Day as people all over the world showed their appreciation for their mothers.

Nigerian singer, Yemi Alade, saw her single, “Come and See My Mode,” go viral as it was used by thousands to make appreciatory videos for their mothers.

More than 1,500 videos were made with the sound over a seven-day period and have over 300 million views.