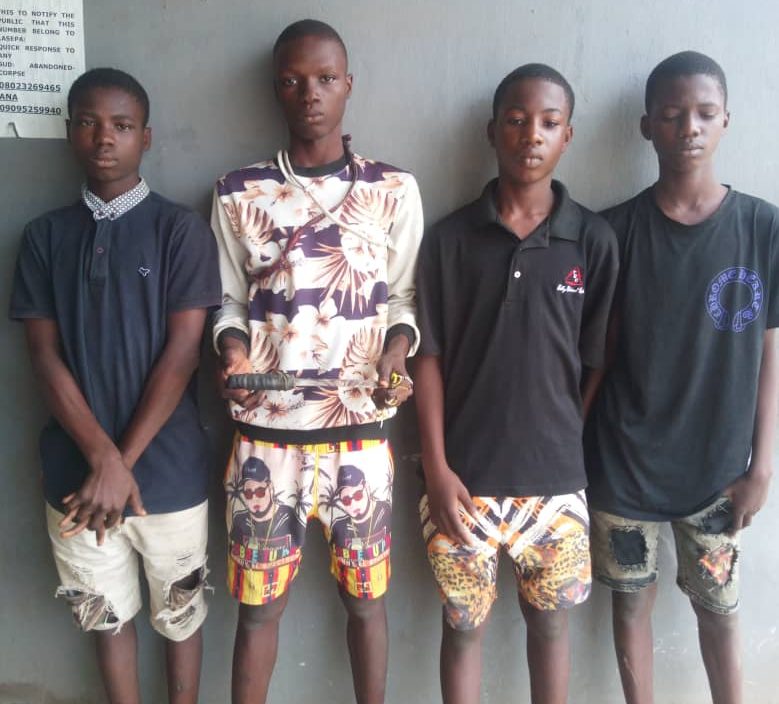 They were arrested on Friday by the police operatives attached to Alakuko Division of the Lagos State Police Command, on Friday.

According to the statement, the Police operatives had gotten wind of the planned reprisal attacks on their rivals in the school and raced to the scene immediately the suspects arrived to cause pandemonium and attack their targets.

”Items like cuttlasses, weeds suspected to be Indian hemp and assorted charms were recovered from them,” it said.