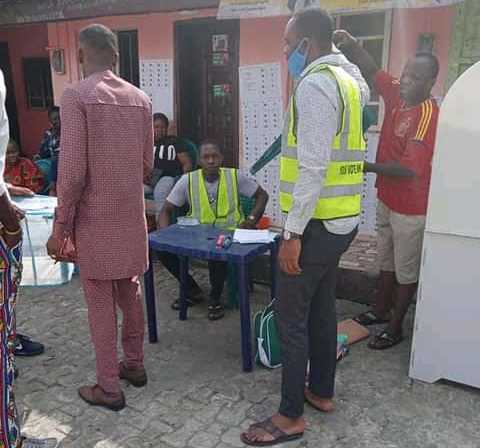 Sporadic shootings have been reported in Ward 8, Bomu Town in Gokana Local Government, Ogoniland, in the ongoing local government election in Rivers State.

The immediate cause of the shootings could not be confirmed by our correspondent at the time of filing this report and neither could be confirmed if there were casualties.

In areas visited so far in Obio-Akpor local government areas voting had not started as at 9.00am. There has been a noticeable voter apathy.

As at 9:30am voters were yet to start arriving various units so far visited. At Unit 7 Ward 4 in Rumuodomaya, Unit 3,4 and 5, electoral materials arrived late.

There were compliance in the human and vehicular movements. shops and markets in Obio-Akpor local government area were under lock.

However, materials were yet to arrive in ward 7, Unit 16 in Rumuagholu all in Obio-Akpor local government area at the same time.

However, as 10am distribution of sensitive materials still ongoing at Ward 1 Collation Centre in, Abonnema, Akuku Toru Local Government Area.

Ad-hoc staff were setting up at various units in the ward .