Bianca: Why my father asked Ojukwu for 'impossible' bride price 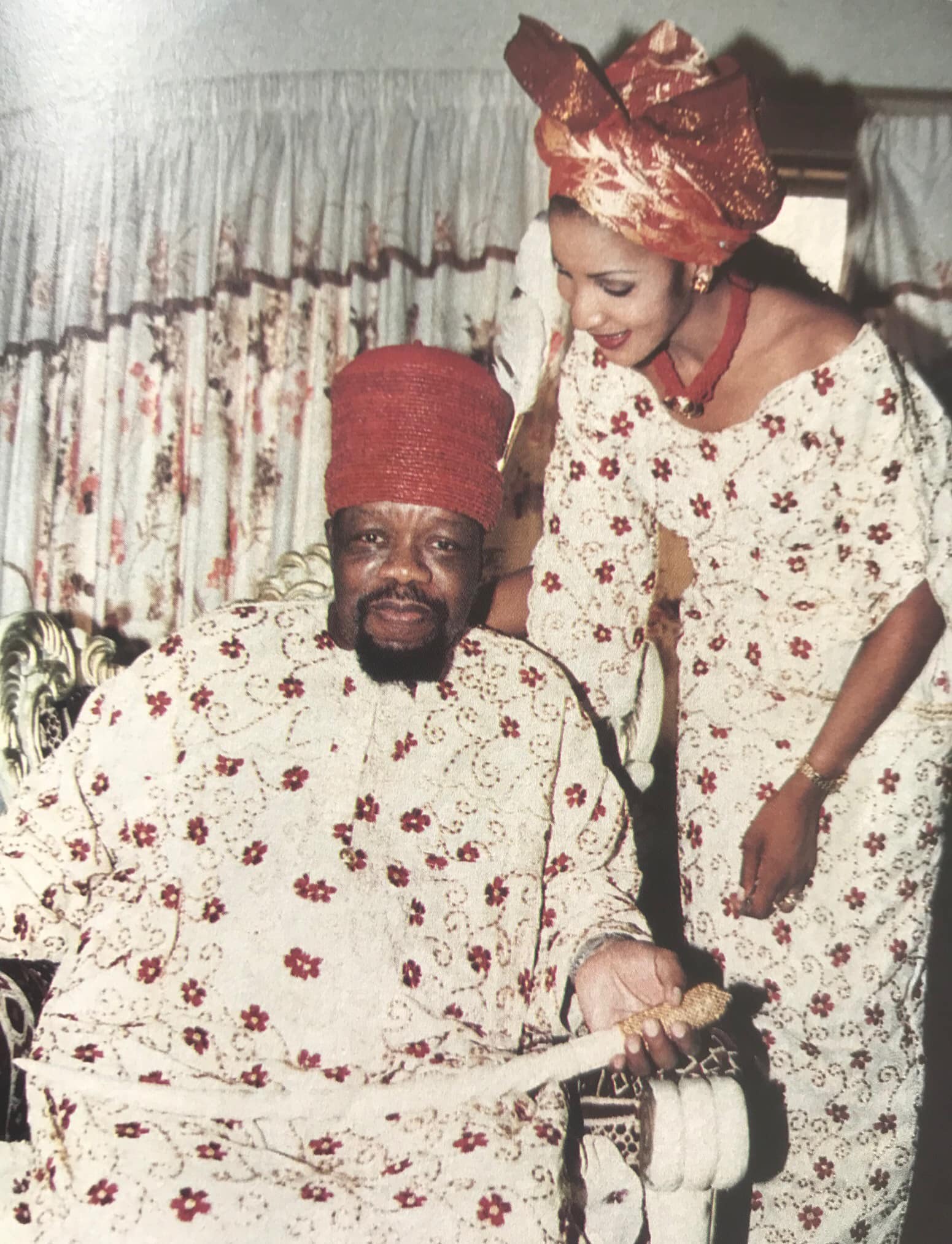 Bianca and late Igbo leader,  Dim Odumegwu Ojukwu during their marriage in 2001. Bianca reveals why her father asked Ojukwu to pay ‘impossible bride price’ of 100 pre -independence copper coins on her

Bianca, former Most Beautiful Girl in Nigeria has revealed why her father asked her late husband,  late Igbo leader,  Dim Odumegwu Ojukwu, to pay ‘impossible bride price’ of 100 pre -independence copper coins on her before their marriage in 2001.

Bianca’s father, late C.C. Onoh, a notable Igbo leader and businessman had initially opposed his daughter’s bid to get married to the late Biafran leader.

However, 20 years after the glamorous wedding, Bianca has opened up on the reason her father not only resisted the marriage but also demanded an impossible bride price of 100 pre -independence copper coins.

In a Facebook post she entitled, Bride Price Palavar: Igba Nkwu Bianca … 2001,  the former beauty queen said when she asked her father what informed that request years later, he laughed and told her:

“I had to make it quite difficult for him. If it were purely a matter of paying money…Being a man of great means, he would have been prepared to pay any amount, no matter how huge, as bride price. That would have been easy for him. But in the course of your marriage, anytime he makes you upset, and you threaten to head back home to us, he will remember the difficulty in procuring your bride price!”

However, Bianca said though those copper coins proved difficult to get, as “people were dispatched to various parts of the country in search of them (It cost so much more to source the coins than they were actually worth),”she is awed by her father’s wisdom 20 years after.

“20 years ago to this day, and I am simply awed by my father’s wisdom. I am extremely privileged to have lived under the shadow of these two great men, valiant men who rode the thunder, and quelled the storm. May their triumphant souls continue to rest in the peace of the Lord. Amen.

However, in a related post to celebrate the anniversary of the payment of her bride price, Bianca paid tributes to the two great men in her life.

“On this Landmark anniversary, I pay tribute to my father Chief C.C. Onoh ( this man of steel dressed in these pictures, in the sky blue kaftan) whose initial resistance and tenacity helped oil the wheels to propel what would eventually become a  highly successful marriage…my husband was determined to prove himself a worthy son-in-law….and I also celebrate my knight in shining armor, Dim oma, Chukwuemeka Odumegwu Ojukwu for validating the choice I made, for being a wonderful husband and a devoted father to our children….Oga m, Gi nwe aka!” she maintained.