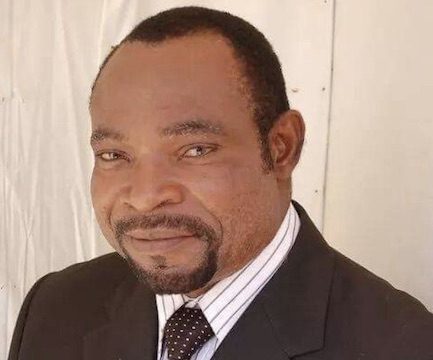 Students and lecturers of Auchi Polytechnic are still in a state of shock over the discovery on Sunday of the body of Dr Shola Eshiobo, the dean of students’ affairs.

His body was found in his office on Sunday morning cold dead.

His wife said he left the house on Saturday to do some official work and when he didn’t return home, she raised an alarm.

Quoting family sources, The Tribune reported that the woman called her husband’s phone late into the night.

When she got no response, she led a search party to his office on Sunday morning.

Eshiobo’s vehicle was found at the car park but the party didn’t see the man.

Moments later, he was found in his office, dead.

“We heard about the unfortunate incident this morning. The body has been taken to the morgue. An official statement will be made available on Monday,” he said.

Eshiobo, nicknamed by students as the Mayor of Auchi Polytechnic hailed from Okpella in Edo State.

He joined the Polytechnic in 1992 to teach development economics.

He went to Ikpomasa Grammar School, after which he gained admission to College of Education in Benin to read Geography and Economics.

His love for higher education took him to University of Benin, where he majored in Economics, along with the Class of 89.

He returned to UNIBEN for a Masters’ in Economics and Statistics, which he completed in 1997.

Twelve years after, he obtained an M.Phil of the same university in Development Economics.

He capped his academic attainments in 2019 with a PhD in development economics at the Nnamdi Azikiwe University in Awka.