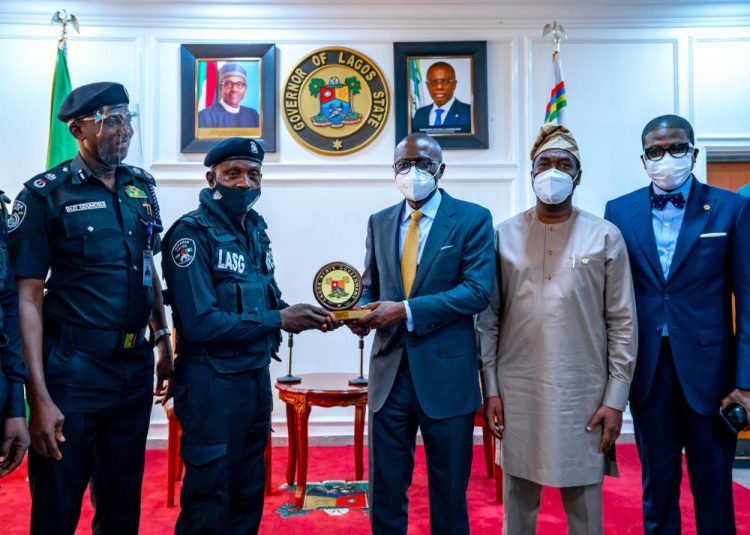 Lagos State Governor, Babajide Sanwo-Olu on Monday honoured ASP Sunday Erhabor for displaying professionalism and self-restraint when harassed by a civilian despite he was armed.

In a video that went viral at the weekend, Erhabor was being assaulted by a motorist, Victor Ebhomenyen (33), who contravened traffic laws by driving against traffic.

Erhabor was however calm and composed, and exercised self-restraint despite holding an AK-47 rifle.

However, Commissioner of Police, Hakeem Odumosu presented Erhabor to the governor at the State House, Ikeja on Monday.

The governor praised the police officer for displaying utmost professionalism in the face of outright provocation, and urged other officers to emulate him.

“We are quick to condemn policemen, especially when they are found wanting; we are very quick to admonish them as well, but officer Erhabor’s demeanour shows there are still commendable police officers.

Sanwo-Olu said in the real heat of provocation, Erhabor displayed restraint and calmness, saying that he restrained himself from taking law into his own hands.

The governor stated that the gesture was enough to bring him out so that he could be used as a testimonial and encouragement for others that they could be civil and law abiding as exemplified by ASP Erhabor.

According to Sanwo-Olu, Erhabor should be thanked for showing patience and decorum, and that others should emulate him.