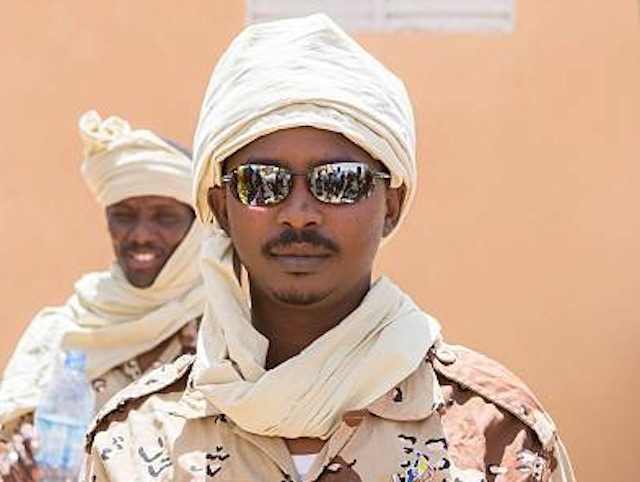 Mahamat Deby Itno takes over Chad from his father

The army made this known Tuesday after announcing the death of the long-ruling leader, who came to power in 1990.

Deby, 68, “has just breathed his last defending the sovereign nation on the battlefield” over the weekend, army spokesman General Azem Bermandoa Agouna said on state television.

He is a thorough-bred soldier, who had led his country’s troops in many battles.

According to his bio, he first enrolled at the Joint Grouping of military schools in Chad.

He subsequently received training in France, at the military school of Aix-en-Provence.

Upon his return he was enrolled in second promotion of semi direct of the school of officer inter arme and later was appointed to the service branch for the Security of State Institutions (SERS), as a deputy commander of the groupement of infenterie.

His first combat experience took place in April 2006 when rebels attacked the capital city of Chad.

He later participated in a combat in eastern Chad along with General Abu Bakr al Said, then director of gendarmery.

Mahamat was given the rank of major afterward.

He led forces when he took part in the command of Chadian forces during the Battle of Am Dam, where his army defeated the rebels.

Following his victory, he was appointed in command of the armored squadrons and bodyguards of the SERS.

In January 2013, he was appointed second in command of the Chadian special forces in Mali under general Oumar Bikimo.

On 22 February, he led his army against rebels in the Adrar al-Ifoghas mountains in Northern Mali leading to the Battle of al-Ifoghas.

His command eliminated a rebel base said to be of “significant importance”, inflicting heavy losses upon the rebels but also losing twenty-six men in the process, including Abdel Aziz Hassane Adam, a commander of special forces.

His father was re-elected to a sixth term with 79.32 percent of the votes cast in April 11’s election, according to provisional results from the electoral commission on Monday.

The provisional results still need to be approved by the Supreme Court after it studies potential legal appeals.

After more than three decades in power, the victory of 68-year-old Deby was never in serious doubt after a campaign in which he faced a divided opposition lacking a major rival candidate and demonstrations were banned or dispersed.

Officially nine candidates were running against Deby, but three withdrew and called for the vote to be boycotted — though the Supreme Court kept their names on the ballots.

Deby campaigned on a promise of peace and security in a region that has been rocked by jihadist insurgencies.