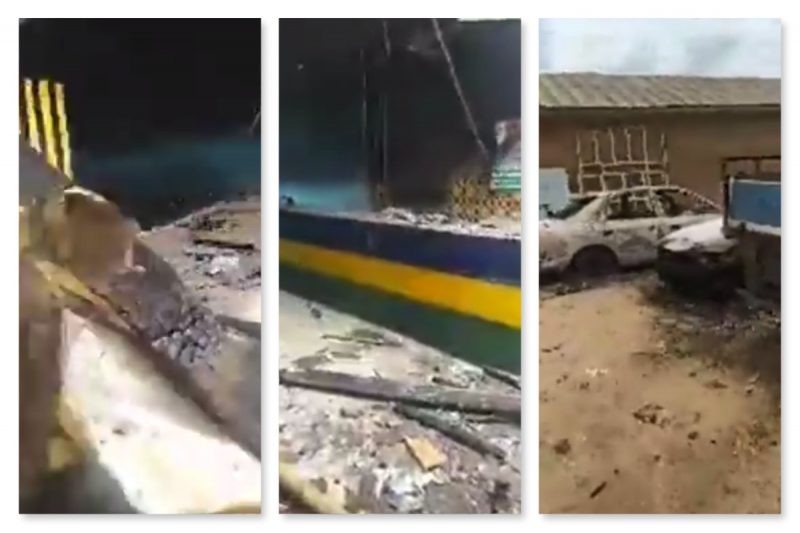 The Abia Police Command said the hoodlums who attacked its Uzuakoli Police Station in Bende LGA came with dynamites and rocket launcher.

SP Godfrey Ogbonna, the spokesman of the command said the attack happened at about 3 am on Monday.

“They used dynamite and rocket launcher to burn down the building, including private and official vehicles, tricycles and motorcycles parked on the premises,” he said.

He said policemen at the Izuakoli station repelled the assailants and stopped them from gaining access to the armoury.

No life was lost in the Monday attack, he said.