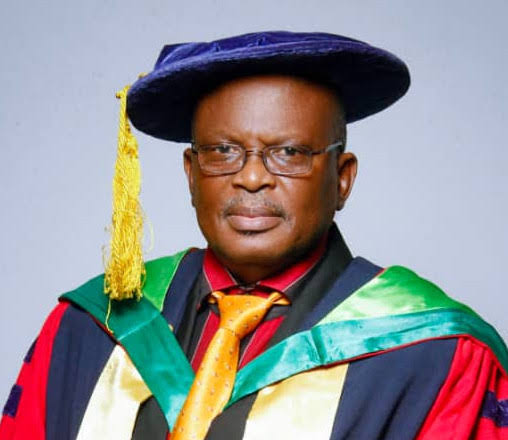 Professor Olufisayo Ologunde, the Vice-Chancellor of LAUTECH has accepted to ‘step aside’ as directed by Governor Seyi Makinde.

Any further questions should be directed to LAUTECH’s Public Relations Officer.

The Oyo State Government has also described the reactions to Governor Seyi Makinde’s order for the LAUTECH VC to step aside as over the top and wrongly misconstrued by members of the public as a vendetta.

Barrister Olasunkanmi Olaleye, Oyo Commissioner for Education, Science and Technology, disclosed to journalists that the letter sent to the VC, had only asked him to step aside and that he was not sacked.

The Commissioner further explained that the press release was deliberately vague about the Governor’s reasons for asking the Vice-Chancellor to step aside.

According to him, the VC had already got all the reasons explained to him in the letter he got.

Meanwhile, Olaleye refused to disclose the government’s reasons for sending the directive, only further reiterating that Governor Makinde’s decision was not a vendetta as was speculated in some quarters.

He shared that LAUTECH’s Governing Council will further investigate the allegations levelled against the VC in the letter addressed to him, adding that the Council’s findings will determine what actions will be taken after that.

In his words: “The Governor only directed the embattled VC to step aside, he was not sacked, our reason for not disclosing details of the allegations in our press release was deliberate.

“We cannot say because the Governing Council is yet to resume then we will look the other way and allow the institution suffer, that was why he was directed to step aside pending investigations into allegations levelled against him.

”In due time the Governing Council will act based on revelations from their investigations.

“However, we are not unmindful of the established laws of the institution and we have not acted outside of our powers as government, so it is not a vendetta against the former VC,” Olaleye said.