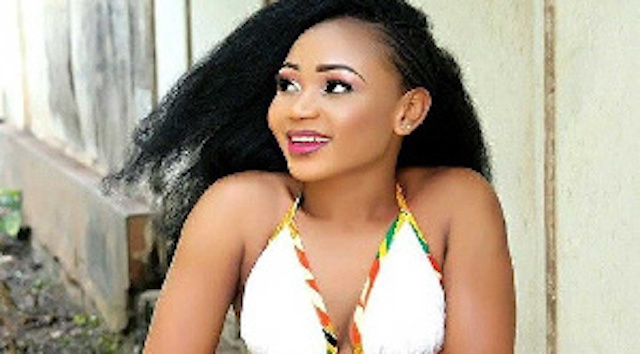 Ghanaian actress, Akuapem Poloo who was convicted over a nude photo was granted bail of ¢80,000($14000) Wednesday by an Accra High Court.

As part of her bail condition, the social media sensation, born as Rosemond Alade Brown will report to the case investigator every two weeks.

She will also deposit her passport with the registrar of the court, MyJoyOnline reported.

The court presided over by Justice Ruby Aryeetey said she will only travel with the express permission of the court..

The application for bail was not opposed by the state, represented by Senior State Attorney Selasie Kuwornu.

The Circuit Court sitting in Accra later sentenced her to 90 days in jail, for posing nude with a minor.

She was sentenced after pleading guilty to the charge of publishing obscene materials.