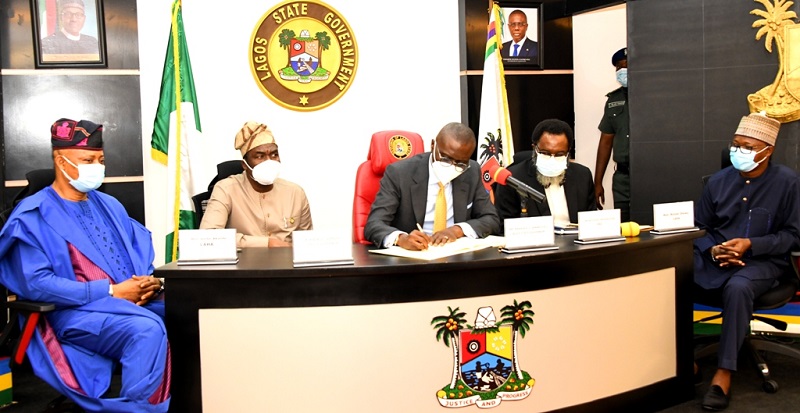 The Centre for Anti-Corruption and Open Leadership (CACOL), has lauded Governor Babajide Sanwo-Olu for signing the Public Complaints and Anti-Corruption Commission Bill 2021 into law.

In a release issued by CACOL’s Director of Administration and Programmes, Tola Oresanwo, on behalf of the Chairman of the Centre, Mr. Debo Adeniran, he noted, “We observed with keen interest the fulfillment of one of his promises made to the good people of the state during his inauguration as the Governor of Lagos state, by Babajide Sanwo-Olu, whereby he insisted his administration would be accountable and responsible for the appropriation of the state’s resources. To make good his promise, the governor signed a law creating the new anti-graft body on Monday, several days after Lagos’ parliament approved the bill”.

The governor was quoted as saying “the Public Complaints and Anti-Corruption Commission Law, 2021, showed the state government’s effort towards entrenching accountability in governance.

“The bill establishing Public Complaints and Anti-Corruption Commission is important legislation critical to the delivery of quality services to the citizens.

“When we came in, we said we would be accountable and responsible for the appropriation of the state’s resources. We want to stand in front of the citizens to give an account of how public funds are being spent.

“To give credence to this promise, the executive arm initiated the bill and sent it to the Assembly for approval.

“We believe that this law would not only ensure accountability of public funds but also promote dialogue among public officers to keep the trust of the people in the discharge of their duties in line with transparency.

“The anti-corruption commission will ensure that all approved activities are implemented in accordance with budgetary allocation.”

The anti-corruption Czar said, “Against this background, we could see how the Anti-corruption Commission would be the ‘brainbox’ or engine room of the state government in the fight against corruption in the state, especially as they relate to government and public officials and CACOL, as an anti-corruption group with its component organizations would solidly lend its unalloyed support in this patriotic duty, as the entire world focus on the nation to overcome the destructive ogre of corruption within the shortest time possible.”

“We at CACOL have been a frontline campaigner against corruption in Lagos State in particular and the nation in general. Our publication ‘Lagos Open parliament’ (LOP) now in its seventh series is been used as an evaluation of the level of budget implementation with regard to infrastructural development in Lagos State from time to time”.

The CACOL boss added, “We will like to commend the Sanwo-Olu led administration in Lagos state for taking this bold step aimed at curbing corruption in government in the state. We hope the anti-corruption commission would be independent, autonomous, self-governing, unbiased and will not be an appendage of the Executive arm of the state government in the discharge of its statutory duties. We also believed the state government would give the commission all the needed financial, human and material support in order for the commission to succeed”.

“We also hope the new anti-graft agency would intensify efforts in tracking, investigation, arraignment and effective prosecution of all corrupt officials to avert a situation whereby the court would be left with no other choice than to order the release of corrupt public officials, for lack of proper prosecution or perpetual detention without trial”, he added.