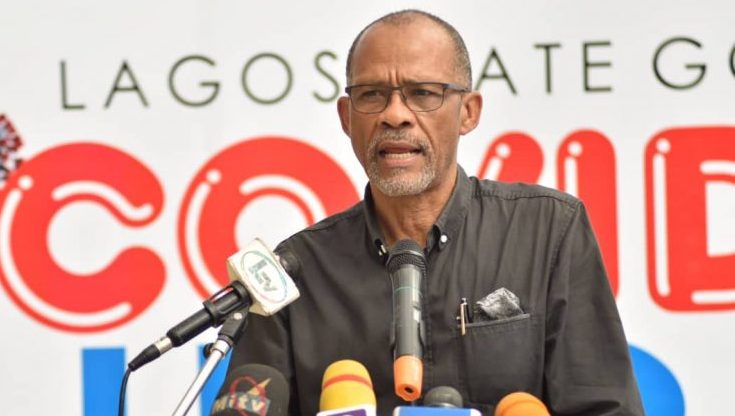 The Lagos State Government has announced the closure of all COVID-19 vaccination centres after the state vaccinated 257,756 people in the first phase.

The closure of the centres was due to the conclusion of the first phase of vaccination in line with the directive of the National Primary Healthcare Development Agency (NPHCDA).

The exercise began on March 12.

Commissioner for Health, Prof. Akin Abayomi, in a statement on Wednesday said the conclusion of the first phase, which took an average of 20 days, followed the Federal Government’s directive to stop vaccination once half of the consignment had been administered so that those who received the first dose will have an opportunity for the second dose.

“This will ensure that at least 1% of Lagos residents receive the full complement of doses required to enable the protection the vaccine promises.

“The target to achieve effective herd immunity is vaccination of at least 60% of the Lagos State population. The exercise lapsed on Tuesday 13th April 2021. Consequently, the Government has shut down all its vaccination centers.

“Lagos State got 507,000 doses of the 3.92 Million doses of the AstraZeneca COVID vaccine facilitated through support from the COVAX facility to the Federal Government of Nigeria,” he said.

Abayomi said the Lagos State vaccination drive is managed by the Technical Working Group on the Vaccination Strategy as approved by the Governor, Mr. Babajide Sanwo-Olu, the Incident Commander.

“The Government went a step further to vaccinate willing pensioners, people aged 70 and above, teachers and journalists during the same period. Lagos is the only State that has inoculated more than 200,000 residents during this period,” he disclosed.

Abayomi said the remaining doses of the Oxford-AstraZeneca COVID vaccine had been reserved at the Lagos State Cold Chain Store for the second dose exercise, which would commence on the 28th of May, 2021, following the expiration of the 8-12 weeks interval as required by the manufacturers.

He stated that residents were encouraged to check their vaccination cards for their next appointment dates and where possible to try to go to the same health facilities where they got their initial dose for their second dose.

“There is no need for citizens who have received the first dose to pre-register before going to the health facility for the second dose because their already captured details will only be updated with additional information after vaccination,” he added.