What I will remember slain Chad's president Idriss Deby for - Jonathan - P.M. News

What I will remember slain Chad's president Idriss Deby for - Jonathan 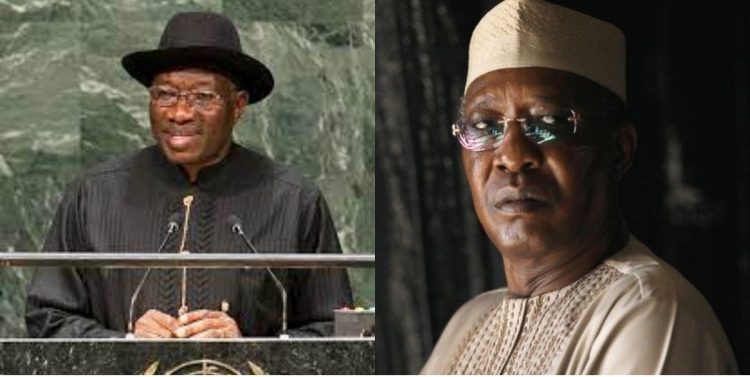 Jonathan reveals what he would remember late Chad's president Deby for

Deby was killed on Tuesday in battle with rebel groups in the country.

In a condolence message, Jonathan said he would remember Deby for the role he played in helping Nigeria and Chad build positive cooperation that mutually benefited the people.

Jonathan commiserated with the Chadian people over the death of their president, describing him as a leader who made considerable contributions to the efforts to stabilise the Sahel region and bring peace to the continent.

According to him, “I am saddened by the sudden death of Chad’s President Idriss Déby. As a leader, he made great efforts to stabilise the Sahel Region and bring peace to the continent.

“Through the Multinational Joint Task Force, the late President Déby, and the Republic of Chad partnered with Nigeria and our neighbours to address issues of terrorism and other challenges affecting the Lake Chad Region.”

Jonathan said Deby played a prominent role on the African continent, and that his Chairmanship of the African Union saw the progress of the African Continental Free Trade Agreement, which the Republic of Chad ratified under his leadership.

“I will remember him for the role he played in helping our two nations build positive cooperation that mutually benefited our peoples, and his death is mourned.

“On behalf of my family, and the Goodluck Jonathan Foundation, I condole with the government and people of the Republic of Chad over his death, and pray for peace, progress and prosperity for Chad,” he stated.