Buhari hails Emir of Gwandu at 80 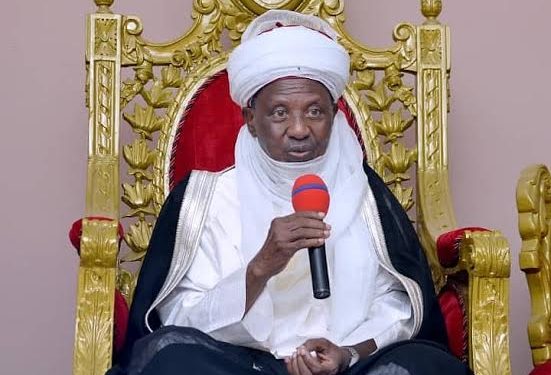 President Muhammadu Buhari has congratulated the Emir of Gwandu, His Highness Muhammadu Ilyasu Bashir, as he turns 80.

According to a statement issued by Mr Femi Adesina Special Adviser to the President, Buhari’s tribute to the retired Major General of the Nigerian Army, was signed in a personal letter to mark the milestone.

The statement reads, “It is my great pleasure to greet my friend and colleague, General of the Nigerian Army, Emir of Gwandu, His Highness Muhamamdu Ilyasu Bashar on reaching the grand age of 80 years.

“Emir Bashar grew up in a privileged but disciplined environment. He was well-grounded in basic Islamic education prior to primary and secondary schooling, thence recruited into the Nigerian Army. Behind his quiet and unassuming outward appearance was a fierce determination to succeed.

“Jega, as we knew him, had a distinguished military career, was one of the leaders of the famous Bonny Landings on which he wrote a pamphlet which has become a reference manual in the country’s military schools.

“He was severely injured. Only about 3 years ago was the last shrapnel in his body removed.

“In peace time whether as Army Commander, Military Governor of old Gongola State, or coordinator of Nigeria’s peace-keeping efforts in Lebanon and Chad he performed his duties without blemish.

“After retiring as a result of the change of Government in 1985, Jega proved his versatility by leading or joining several successful commercial ventures and at the same time helping to guide the Nigerian Supreme Council for Islamic Affairs.

“None of his friends was surprised he kept appointment with destiny when in July, 2005 he was named the Emir of Gwandu and assumed the Royal office with the name of Muhammadu Ilyasu Bashar, a position first held by Abdullahi Gwandu, brother of the Great Reformer Shehu Usman Dan Fodio.

“I am happy to count Emir Bashar as my friend. We went through good times and difficult times, but he has always retained his composure, his sense of humour and belief in God and the Last Day.”