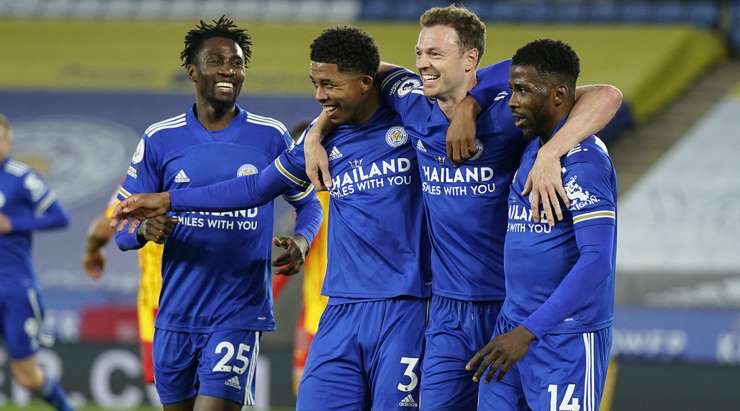 Iheanacho, whose only goal took Leicester to their first final in the FA Cup in 52 years, was on target on 36 minutes.

The Nigerian scored the third goal for Leicester City in the encounter to ensure the club remain third position in premier league.

Jamie Vardy had played a pass to the feet of Kelechi Iheanacho and he shot into the back of the net from inside the box.

Vardy had opened scoring for Leicester on 23 minutes with a brilliant strike.

Vardy received a perfect pass for a great chance inside the box and slotted the ball past the goalkeeper.

The corner was whipped in and Evans was in the right place at the right time, planting his header straight into the top left corner.