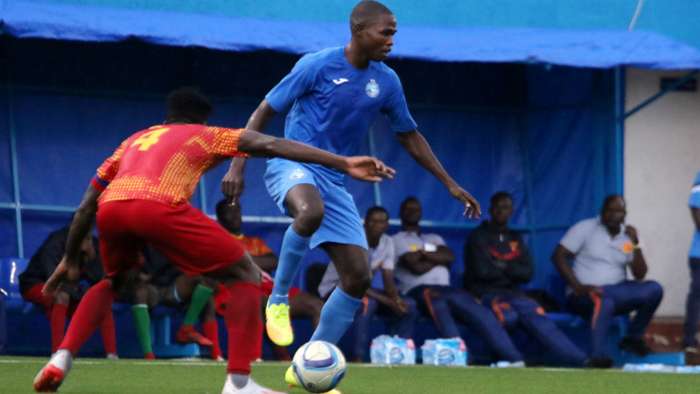 Ahly Benghazi of Libya beat visiting Enyimba International 1-0 late Thursday to ensure Group A of the 2020/2021 CAF Confederation Cup will go to the wire at the final Match Day.

The Aba-based Nigerian side had needed a win to lead the group into Match Day 6, but Ahly’s win meant Wednesday’s games will now be crucial to quarter-final qualification.

In the rescheduled Match Day 5 fixture played at the Benina Martyrs stadium in Benghazi, Ahly pushed from the first minute.

They were aiming for the maximum points which would give them the hope of reaching the quarter-finals.

But they had to wait till the 40th minute to take the lead through Mutassim El Taib.

The Libyan right-winger received Aboubakr Meeld pass and sent a powerful shot past Enyimba goalkeeper John Noble to give his side a deserved lead.

After the break, Enyimba threw everything in attack looking for the equaliser, but Ahly Benghazi’s goalkeeper Murad Alweehi came to his side’s rescue on several occasions.

Enyimba finished the game with 10 men after Timothy Danladi was sent off in the 75 minutes of the match.

With all four sides still hopeful of a place in the quarter-finals draw set for April 30, the final Match Day on Wednesday is now very crucial.

Enyimba will take on Orlando Pirates in Aba, needing a clear victory to dislodge the South Africans and pick a quarter-final ticket.

ES Setif welcome Ahly Benghazi in Setif, with the former needing more than a win to advance, while the Libyan side need to win too to secure top place.