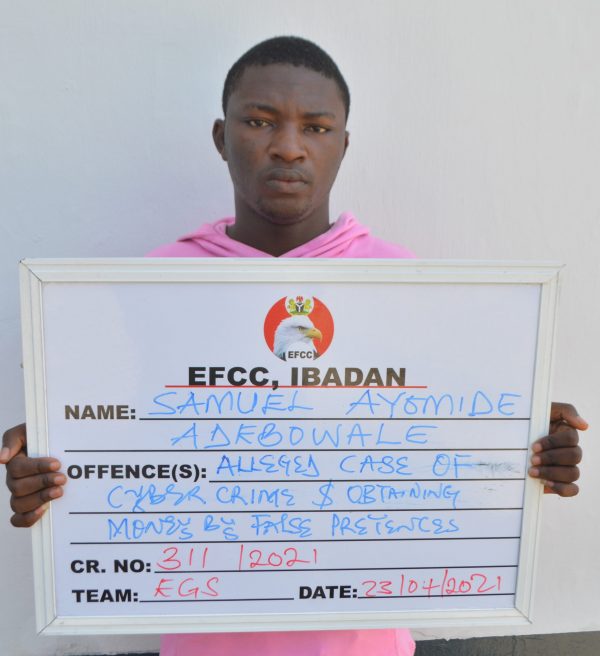 Ayomide along with four others were picked up from two locations at Elebu area in Ibadan, Oyo State.

Items recovered from them include two cars, laptops, phones and some documents suspected to contain false pretences

They will be charged to court as soon as the investigation is completed.