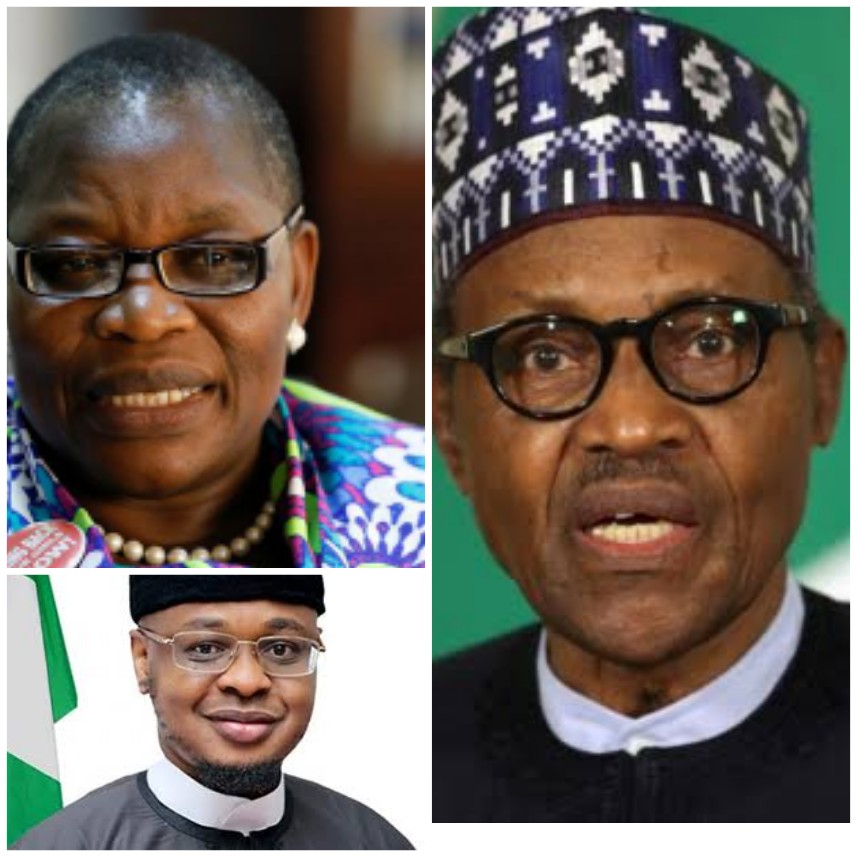 Ezekwesili stated this today while reacting to the president’s support for the Minister of Communications and Digital Economy, Isa Pantami.

The President backed Pantami amid calls for his resignation or sacking.

Sermons delivered by the Minister in the past had him allegedly sympathizing with the terror groups, a thing he says he has repented of.

Addressing calls for the Minister’s removal, President Buhari’s aide Garba Shehu in a statement yesterday said, “They do not really care what he may or may not have said some 20 years ago: that is merely the instrument they are using to attempt to ‘cancel’ him.”

He also said, “The administration stands behind Minister Pantami and all Nigerian citizens to ensure they receive fair treatment, fair prices, and fair protection in ICT services.”

However, Ezekwesili disagreed with Presidency on this.

Ezekwesili stated that the position of the Presidency in regards to the case involving Pantami shows the view of President Buhari on terrorism.

“In that singular act of siding with his Minister of Communication, @NGRPresident @MBuhari actually conveyed a message on his view of terrorism. Nigerians now know that his views align with that of his Minister.
It is now left to Nigerians to convey whether we agree with them.

“Yesterday’s action by our President was an anti-climax. He has persisted in badly managing our country’s diversity.

“Nigeria cannot at this stage avoid a genuine conversation about its Future.

“The signs are all too obvious for all to see and act on.

“Citizens are the only legitimate center that can midwife credible dialogue.

“Citizens have to step up. Nigeria cannot at this stage avoid a genuine conversation about its future.

“The signs are all too obvious for all to see. The people of Nigeria are due for a Conversation,” Oby Ezekwesili stated.