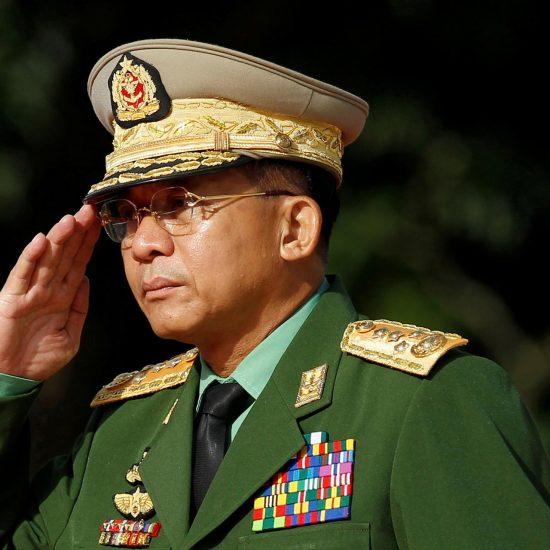 Myanmar General Min Aung Hlaing, who led the military takeover that sparked turmoil in his country, arrived in Jakarta on Saturday for a meeting of Southeast Asian leaders.

The meeting seeks to forge a path to end the violence in the impoverished nation, neighbours China, India and Thailand.

An estimated 745 people have died since the 1 February coup.

The gathering of leaders of the Association of Southeast Asian Nations (ASEAN) in Jakarta is the first coordinated international effort to ease the crisis in Myanmar.

With participants attending in person despite the pandemic, Indonesia’s Foreign Minister Retno Marsudi said on Friday that the summit reflected the “deep concern about the situation in Myanmar.

The summit, he said, also reflected ASEAN’s determination to help Myanmar get out of this delicate situation”.

“We hope that the summit will reach an agreement regarding steps that are good for the people of Myanmar,” she said.

It’s unusual for the leader of a military government in Myanmar to attend an ASEAN summit – usually the country has been represented by a lower-ranked officer or a civilian.

Min Aung Hlaing was seen disembarking after arriving on a special flight from Naypyitaw, the Myanmar capital, according to footage on the official video channel of Indonesia’s presidential palace.

Diplomats and government officials who asked not to be named said many ASEAN leaders want a commitment from Min Aung Hlaing to restrain his security forces, who monitors say have killed 745 people since a mass civil disobedience movement emerged to challenge his Feb. 1 coup against the elected government of Aung San Suu Kyi.

“Myanmar on its own must find peace again.”