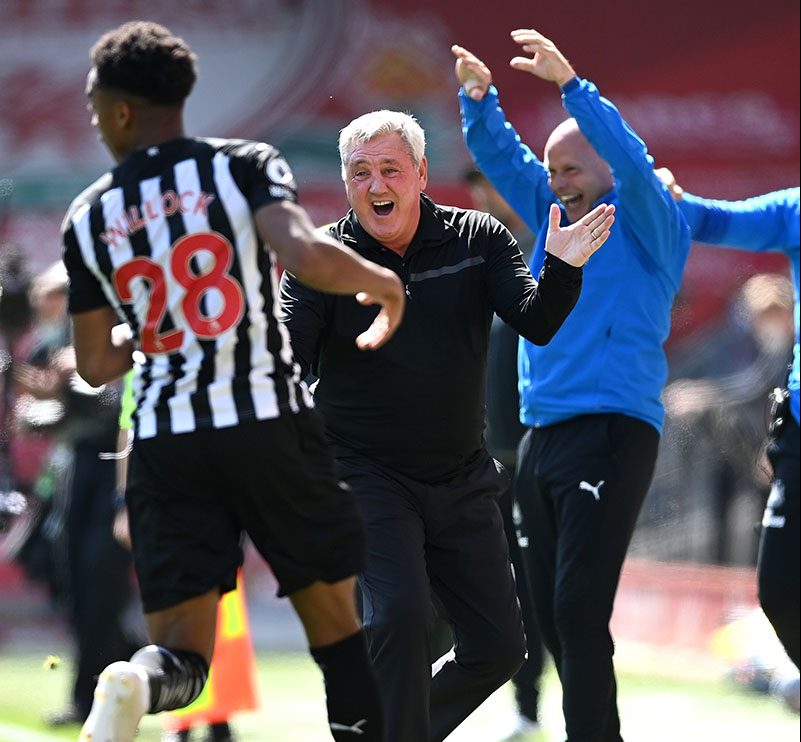 Willock celebrate his equaliser against Liverpool with coach

Liverpool needed to win the game to move to fourth position on the league table, but they falter.

Joseph Willock’s 96 minute goal spoilt the fun for Liverpool after they have earlier escaped with VAR ruling out a goal scored by Callum Wilson on 93 minutes.

This time, there was no debate whether Willock’s goal was offside or not as it was a brilliant one.

Liverpool had taken the lead on three minutes through Mohamed Salah.

Salah had found himself some space inside the box to control a rebound and fired the ball into the top right corner, giving the goalkeeper no chance.

The home side mounted pressure on Newcastle’s defence to get more goals but the Magpies stood still in defence.

With the 90 minutes duration over, the referee added four more minutes and the minutes were dramatic.

On 93 minutes Wilson has the simplest of tasks to roll the ball into an empty net from close range after a rebound left the keeper stranded.

Newcastle’s celebration was cut short as VAR indicated that there was a handball before Wilson scored the goal.

The drama was yet to be over as Willock got the equaliser for Newcastle on 96 minutes.

Willock got a shot away from inside the box and the effort was deflected past the goalkeeper.