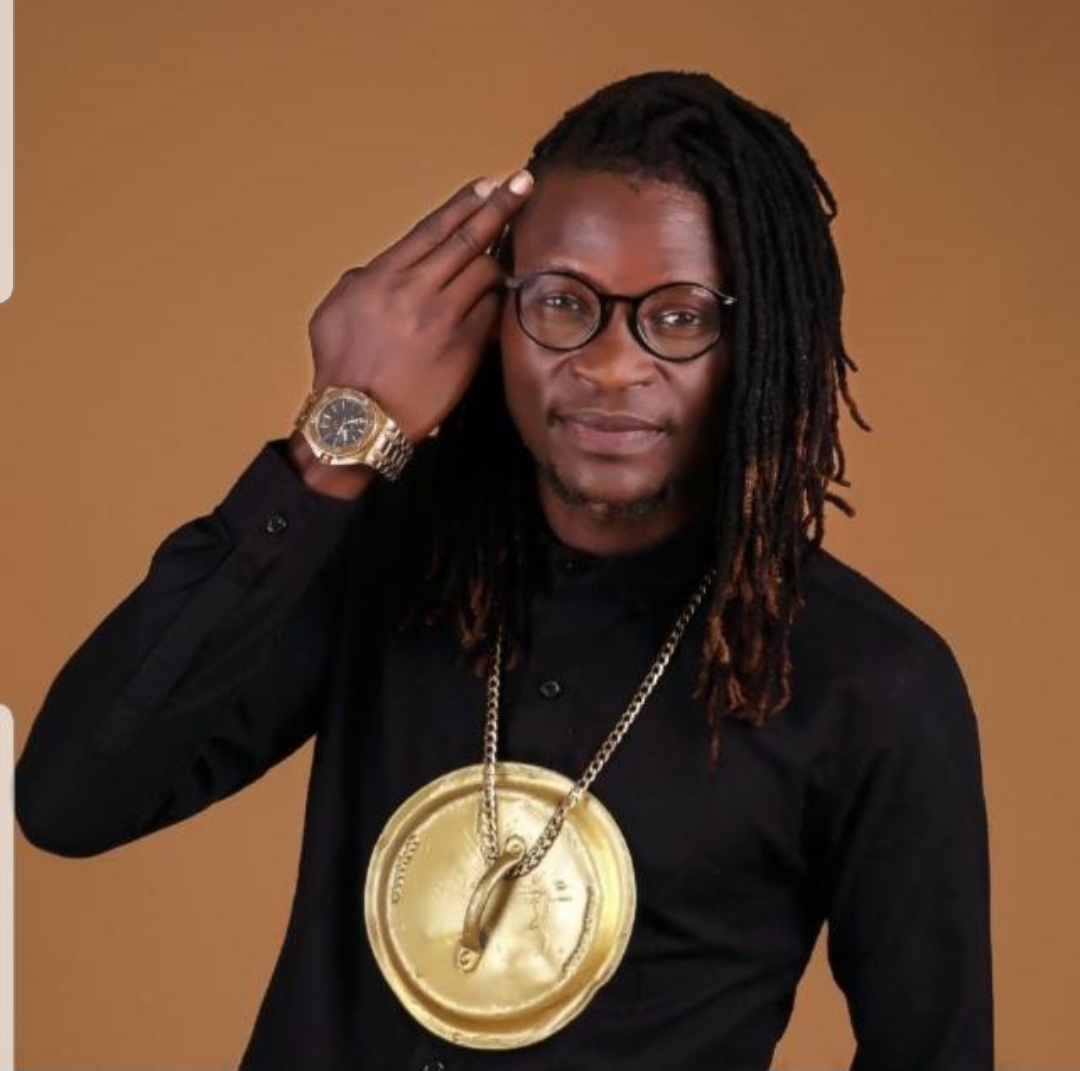 Osagie Daniel Idedia, popularly known as MC Porkupyne, is a celebrated comedian, a master of ceremonies (MC), an actor, and a dancer. He was the first runner-up Peak Talent Show 2010. The graduate of Microbiology from Ambrose Alli University, Ekpoma is the official entertainer for the Edo State Government.

In this interview, MC Porkupyne talks about stand-up comedy business, the idea behind his necklace trademark, challenges and other issues.
You are a graduate of Microbiology from Ambrose Alli University, Ekpoma. How and when did you then become a comedian?
Well, it wasn’t because there was no job. I have always loved comedy right from my early days, especially while I was trying to write JAMB to gain admission into the university. I had a notebook I usually write jokes that were funny to friends.
I became used to comedy and developed the passion. I will say it was a thing of passion. It was later I even discovered that if I wasn’t doing comedy I for dey jobless o.
Why did you choose to study Microbiology instead of Theatre or Dramatic Art?
Right from my secondary school days, I have always been a lover of science subjects, to the extent, there was this competition between me and my classmates. We always read to outsmart one another by coming to class to state laws, solve equations. So, there wouldn’t have been any reason for me to study any Art course.
Well, as a child I wanted to be a medical doctor but at a point, during my growing days I just said to myself ‘I’m gonna do whatever would make me happy and put food on my table and others in need’s table’. So I came to that reality on time not to have a particular thing I was to become.
How was growing up for you?
My growing up wasn’t that smooth. I grew up in the midst of seven guys and two ladies. We are 10 in number. So, you see that I was always receiving some “beatings” if I ever misbehaved. We were always contented with what we had. If you eat Garri to sleep, no one hears about it, and you are happy. I always loved reading too because I never loved asking anyone for answers in the exam hall. Growing up was awesome. I attended Ase primary school, Afuze and Evangel International Secondary School, Auchi.
What were some of your childhood experiences that shaped your philosophy about life?
I will say I grew up having the reading attitude and my mum was a woman who knew how to mind her business. Those were some philosophies that shaped me.
Why did you adopt Porkupyne as your stage name?
My name is Osagie Daniel Idedia. But when I wanted to get a stage name I wanted a name that would be catchy, that is, catch the attention of the audience. I once named myself ‘Kaptain’. Then, I did more of the Michael Jackson dance. I later decided to change it to Porcupine – spelt Porkupyne.
What is the idea behind your necklace trademark…?
It portrays completion and nativity. When you are done putting all ingredients in a pot of a particular recipe, you need to cover up the pot to make sure the ingredients do not lose some of its taste and aroma. That is what I mean, and it looks like a cover of a pot; it also says “you need food no matter what you do daily in order to grow and think rightly”. So feed a nation and grow well.
Who are your role models as a comedian?
My role models are mainly black Americans, Eddie Griifin, Eddy Murphy and Ali Baba.
How did the audience inspire or affect your jokes?
The audience does inspire most times because I love being spontaneous on stage and that has to do with my audience. My jokes depend on the mood of my audience.
You emerged the 1st runner-up Peak Talent Show 2010 after Yemi Alade won it in 2009. How did you feel when you were not announced the winner?
I felt fulfilled in a way though. Because it was a show of seven weeks, and I was the only comedian that was selected in Nigeria out of the 24 different acts from the six geo-political zones of Nigeria. I wasn’t expected to scale through the second week because they felt I would repeat jokes and would be evicted. But because I serve a Living God, and I was working hard I was able to pull through to the final which was won by Kida kudz. All accolades to my judges, Helen Paul, D1 Adeneye and Late OJB Jezreel.
How has the Peak Talent Show 2010 affected your career as a comedian, especially emerging as the 1st runner-up?
Peak Talent Show shaped me so well because it taught me how to create jokes day in day out. It taught me hard work, spontaneity, and time utilization.
You are also a master of ceremonies (MC) and a choreographer?
Yea, I am an Emcee, a comedian, an actor, a dancer. In fact, I’m a full packaged entertainer.

How would you describe the stand-up comedy business in Nigeria today?

Stand-up comedy has been flourishing over the last two decades. As far as you are good on stage and online, and you apply the right strategies you will make a good living out of it.
Any plans to join Nollywood?
I don’t make plans for most things; things just happen on their own. I have featured in some Nollywood cinema movies like ‘Wrong Number’ by Saint Joseph. I had few scenes in the DSTV series, ‘Hustle’ too.
What are your plans?
My plans? Hehe… My broda, person dey plan for dis country again? lol. Well, my plan is to organise the biggest show in Africa and the world. Last year I organised the ‘PORKUPYNE LIVE’ talent hunt where I gave a car to the Winner of the hunt. There were 10 contestants on the show with different talents and I had a winner through the audience votes. Nigerian top acts were on the show like Ali Baba, Akpororo, Real Warri Pikin, Action, Edo Pikin, Casino, and others.
Would you encourage your child to be an actor?
Why not? I won’t encourage anyone on what to do by the way. But if they choose it as a profession, so be it. I will support them
Where do you see the stand-up comedy business in Nigeria in the next five years?
I see stand-up comedy having almost the standard in the western world where the government will be willing to invest in it.

You are the official entertainer for the Edo State Government. Tell us your experience so far.

Being an official entertainer to the Edo State Government has been an awesome feat. It all started when I was made to be the MC of the governor’s electioneering campaign before the 2020 governorship election. I went to about 192 wards with the governor for campaigns.
Since the Governor, Godwin Obaseki, and his deputy, Philip Shaibu, won the election they have always supported my career endeavour. It’s been a beautiful ride.
You were the MC for the 20th National Sports Festival held in Edo State. Tell us your experience.
I would say that’s one of the biggest stages any MC/comedian would want to host. I was elated when I got the call that I would be the Anchor to be assisted by Monique a female OAP.
You can imagine hosting a show in the presence of the president’s representatives, governors, senators, and other high-profile personalities. It was a dream come through. I was like “who I be? na God dey run am“. I was glad at the end when the Deputy Governor and his wife told me: “Well done PORKUPYNE”. I felt on top of the World.
What is your most embarrassing moment on stage?
Fortunately, I haven’t been embarrassed on stage. Whenever I see the audience is rowdy I apply a plan B like dancing or doing stage collaboration with someone else.
How do you unwind?
I surf through the internet, go for a drink and talk with friends.
Tags:   MC Porkupyne