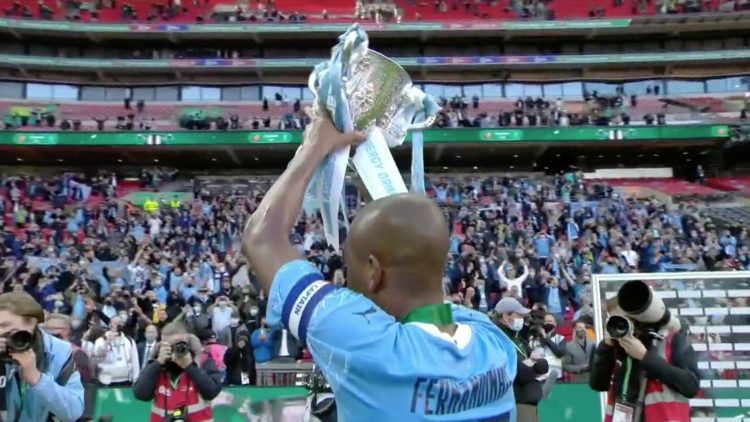 Today’s title makes it 30 trophies for Pep Guardiola as a manager. An average of one every 23 matches.

Meanwhile, Tottenham’s title drought continues. The last time they won a trophy was in 2008, beating Chelsea 2-1 at Wembley under Juande Ramos.

However, the Harry Kane-led team looked decent to challenge for a title but were dominated by City all through the game.

Ryan Mason – who took over from Jose Mourinho last Monday – appeared clueless as his team made continuous errors till they were punished by Aymeric Laporte in the 82 minutes of the game.