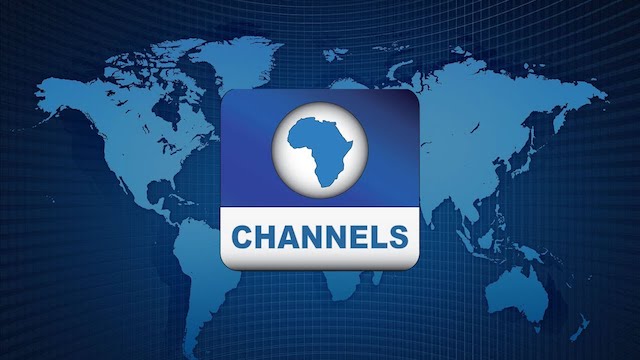 The acting director-general of NBC, Prof. Armstrong Idachaba announced the suspension of the popular programme in a letter to the managing director of the broadcast station dated Monday, April 26, 2021.

According to NBC, during an interview hosted by Seun Okinbaloye on Sunday night, the spokesman of the Indigenous people of Biafra (IPOB) Emma Powerful made several secessionist and inciting declarations on air without caution or reprimand by the TV station.

The commission also slammed a N5 million fine on the TV outfit for breaching the broadcast code provided in Section 15 of the code for its infractions.

However, many Nigerians are calling out the federal government for NBC’s action.

NBC suspension of Channels TV for interviewing IPOB Leader is illegal and unjustifiable. Our court in the case of NOSDRA v. EXXONMOBIL held that regulatory agencies are not empowered to arbitrarily impose sanction without recourse to the court. The attack on free press must stop.

If NBC can suspend Channels TV that has won best TV station for over 10 years because they interviewed IPOB leader, I'm afraid that what we practice is audio freedom of speech. You're surprised Jack picked Ghana over Nigeria? There you go.

We have over 50 million smartphones in the hand of Nigerians, at the moment Channels TV has over 3k live viewers on Youtube, and NBC think their sanction is of any threat.

Channels TV offered their platform to Miyetti Allah, a terrorist organization that has was ranked "the fourth most deadliest terror group in the world" by the USA. Nigeria Broadcasting Commission NBC, did nothing.

Channels TV offered their platform to Miyetti Allah, a terrorist organization that has was ranked "the fourth most deadliest terror group in the world" by the USA. Nigeria Broadcasting Commission NBC, did nothing.

With all that has been happening in Nigeria plus the fine that Channels TV has been slammed with it's obvious that this administration recognises only one Tribe as the supreme tribe.

The rest of us are second class citizens and it seems the igbos have it worse.

IPOB appears on Channels TV to say their own side of the story – SUSPENSION!

But Channels TV have been banned for speaking with Emma Powerful of IPOB / ESN?

The same NBC that unlook every time I watch Miyetti Allah’s Saleh Alhassan on Channel Tv & is doing me like I should break my television or sue the station for spreading hate & fear. Same NBC just fined Channels Tv N5million for interviewing IPOB rep. Truly, there was a country.

NBC suspended channels TV and fined them 5million naira for granting an interview with IPOB's Emma Powerful.
But did nothing when they interviewed terrorist spokesman Sheikh Gumi!
Chai!