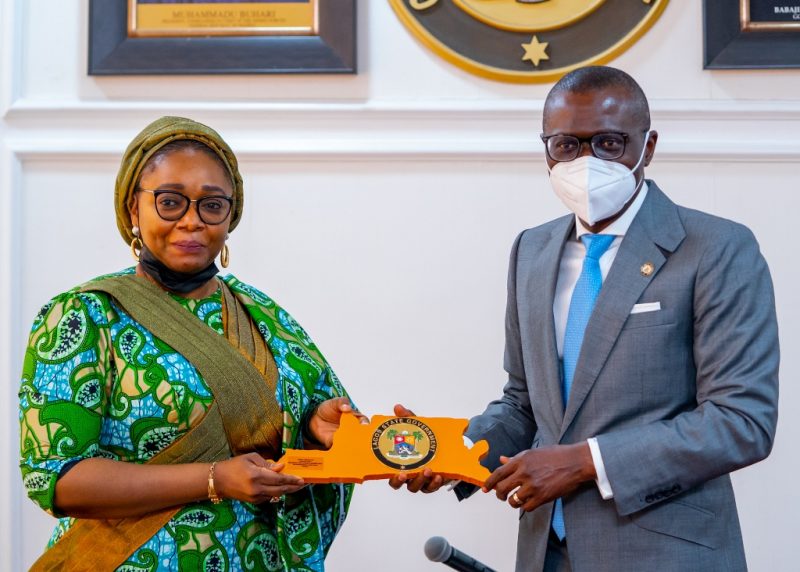 Lagos State Governor, Mr Babajide Sanwo-Olu on Monday received the Director-General of the National Agency for the Prohibition of Trafficking in Persons (NAPTIP), Imaan Sulaimon-Ibrahim.

She was received by the governor and other officials during her courtesy visit at the Lagos House, Ikeja.