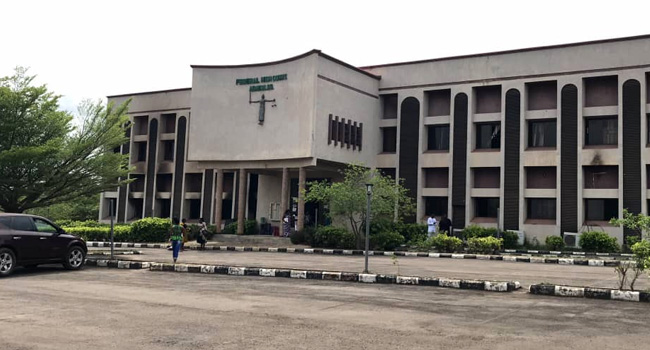 Arsonists, armed with guns have attacked the Federal High Court in Abakaliki, the Ebonyi capital, setting part of the complex on fire.

The attack was carried out by hoodlums in the early hours of Tuesday but firefighters were able to contain the fire.

One witness told Channels Television that he and his colleagues heard a loud bang followed by gunshots.

The fire engulfed some sections of the building and affected the library and the security post.