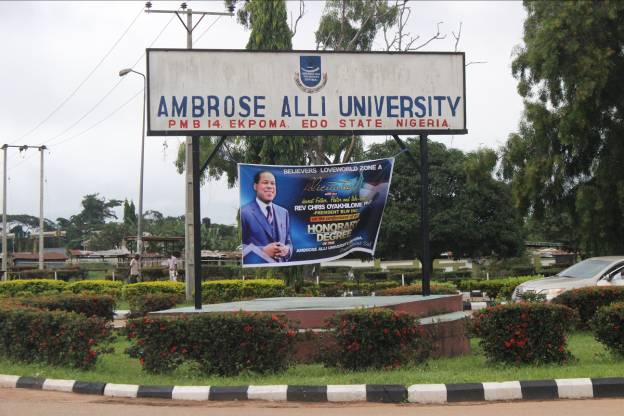 Two Acting Registrars have emerged following the expiration of the tenure of Mr Chris Adamaigbo, as substantive Registrar of the University on Tuesday, 27 April 2021.

The confusion arose from the letters of appointment as Acting Registrars, issued to Barr. Ify Nwabudike and Mr. Eddy Ehiakkhamen, both of whom were Deputy Registrars.

Both letters were issued from two different power blocs of the University Administration.

It was gathered that the letter of appointment issued to Mr. Eddy Ehiakkhamen, was signed by the Vice-Chancellor, Professor Ignatius Onimawo, while the outgoing Registrar, Mr. Chris Adamaigbo, issued the appointment letter of Barr. Ify Nwabudike as Acting Registrar, who relied on consultation and approval of the Pro-Chancellor and Chairman of Governing Council of the University.

Anonymous sources in the University revealed that the development is anti-climax of the infighting and struggle for supremacy between the out-going VC, Professor Onimawo-led administration and the Pro-Chancellor and Chairman of Governing Council of the University, Mr. Lawson Omokhodion.

It was reliably gathered that Prof. Onimawo has the backing of the Secretary to the State Government and the Deputy Governor of the State, in all his actions, including his current position on the Acting Registrar.

When contacted for reaction, the University’s image-maker, Edward Aihevba, described the situation as a minor administrative error that has been corrected.

According to him, “This was a minor administrative error in the Registry which has been promptly corrected. Only one staff has been appointed as Acting Registrar, ie. Sir Eddy Ehiakhamen. The handover has been smoothly and successfully done.”