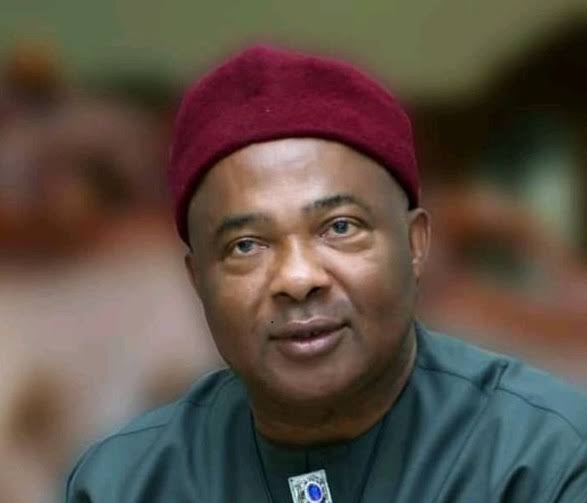 Hope Uzodinma, Imo State governor: sacks all SAs and SSAs in his cabinet.

Imo residents have called for more effective security measures to forestall further attacks by unknown gunmen in the state.

The residents made the call in the wake of the killing of five police officers at the Okigwe South Zonal Police Area Command on Monday.

They also expressed worry over an attack on Ama Hausa and Douglas Road on Monday night by yet to be identified gunmen.

Speaking in separate interviews on Tuesday, the residents called on the state governor, Hope Uzodimma, to ensure concrete plans were made to curb the looming security threats.

Mr Chukwuemeka Okoronkwo, a resident of Douglas Road, said the attacks had become too rampant for comfort.

Okoronkwo urged the governor to meet with all the security chiefs in the state with a view to coming up with new strategies to tackle the situation.

He said such a strategy should show how to identify the perpetrators, apprehend and bring them to book.

Another resident, Mr Charles Onu, noted that the rising insecurity could ground the state to a halt if not quickly addressed.

Onu said that people had become afraid to even take their children to school as no one could predict the actions of the attackers.

He added that the attacks on police formations in the state were to create fear in the minds of the people and to ensure that the perpetrators’ actions were not challenged.

Mrs Maria Ebere expressed the view that the military should be invited to take over the security of the state to help the governor restore the state to normalcy.

Ebere opined that the Federal Government should send to all the South Eastern states, joint security forces for peacekeeping.

She noted that unless serious action was urgently taken the situation could escalate beyond redemption.