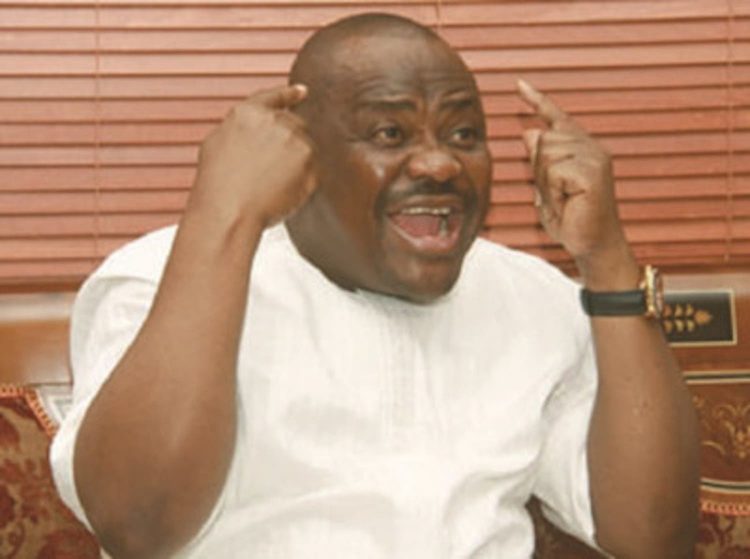 Governor Nyesom Wike said the baffling state of insecurity and the killings of citizens by outlaws is a clear manifestation of bad APC leadership.

He said it is now obvious to those who threw caution to the wind to foist such bad leadership on the people, that Nigeria has collapsed.

Governor Wike made the assertion when he had an interactive session with traditional rulers, political and opinion leaders of Andoni nationality at Government House, Port Harcourt on Tuesday.

According to Governor Wike, instead of leaders to be bold to speak against the ills in the land and sincerely pursue solutions to them, they indulge in sycophancy.

“Nigeria has totally collapsed. Look at, today, what happened in Nasarawa and Benue States, how they slaughtered people on the road.

“See what is happening in Niger State and the APC Governor there is crying, saying he has been talking to the Federal Government but nobody has listened to him.

“And that Boko Haram has come to take over the state, which is closest to Abuja.”

The governor recalled that when he raised alarm of the looming danger of insecurity it was politicised.

Some persons in the opposition dismissed it as mere politics.

But, ironically states controlled by the All Progressives Congress (APC) are now the worst hit.

“Look at Kaduna and Imo States, there is insecurity everywhere. The only anger I have with Imo State Governor is this; I don’t know how people politicise things.”

The governor castigated APC governors for claiming their party has solved the problems of hunger, unemployment, whereas they could barely stay in their State to provide governance for those who elected them.

“Nigeria has a lot of problems and they keep running to the villa everyday to disturb Mr. President, for him to see their faces, pose for photograph and will not allow him to work.

“You know you have crisis at your place, you can’t stay to solve it, but everyday you go to see Mr. President so that the world will know that you’re close to him.”

Governor Wike assured that the Andoni axis of the Ogoni-Opobo-Andoni Unity Road project will be completed by August 2021 because the contractor has been so directed.

He also challenged the different levels of leadership in Andoni to priorise development of the entire area and work together to actualise it.

“The Opobo axis of the road will be ready by May 2021. I’ve told the contractor that there will be no excuse for the Andoni axis of the unity road project not to be completed before August or September 2021. I know, we have paid over 90 per cent.

The governor charged the delegation to collectively work with the State government to tackle the issue of insecurity in Andoni.

“We cannot achieve it if you do not work with us. Traditional rulers, chairman of council, and opinion leaders, you must work with us by giving us information that will help the security agencies to address the security challenge.”

Speaking on behalf of the delegation, the Okan Ama of Ikuru Town, King Aaron Ikuru said they were in Government House, to seek intervention of the State government in the security challenges in Andoni.

“We recognise and acknowledge your efforts in the timely deployment joint Taskforce to Unyeada and Asarama axis in 2020 to quell the rage caused by some youths then.

“Recently, the deployment of the newly reformed C. 4.i security outfits to Ngo Town, our Local Government Headquarters. These interventions brought relative peace.

“These efforts put in by the Traditional Rulers, Chiefs and leaders of Andoni in 2020 on this matter yielded no result and the cultists are taking advantage of this to inflict more harms on our people.”

King Aaron Miller Ikuru was kidnapped by gunmen who invaded his palace and abducted him.

He was released after five weeks in captivity on Sunday March 28.

About two weeks after his release, a video clip surfaced online where the Ikuru knelt down in between two masked armed men and read a prepared statement.

In the statement, the gunmen threatened another attack, if the Chiefs and Elders, top politicians and opinion leaders in Andoni failed to convoke stakeholders meeting, that will involve the Youths.

The gunmen threatened that when they returned, none of the Stakeholders would be spared.