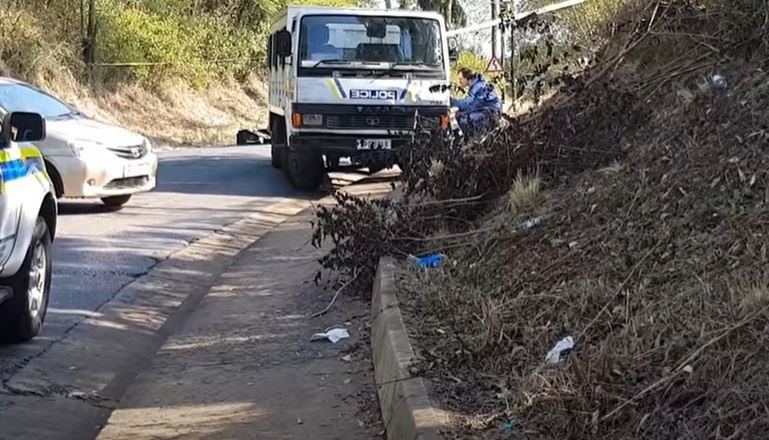 The prisoners were on their way to their court hearings at the Pietermaritzburg Magistrate’s Court in KwaZulu Natal.

According to the police, 31 prisoners escaped from the van.

But nine of them were re-arrested shortly afterwards, while 22 were on the run.

The KwaZulu Natal police said the attack occurred at a location close to the eastern city of Pietermaritzburg.

Two police officers were transporting prisoners from the PMB New Prison to the Pietermaritzburg Magistrate’s Court when they were blocked off by a double cab bakkie with five “heavily armed” gunmen.

“The suspects pointed firearms at the police officers and forced open the rear of the truck. Thirty one awaiting trial prisoners escaped out of the 45 that were in the truck.

“A manhunt is under way for the escapees,” said Naicker.

So far, no one has claimed responsibility for the attack.