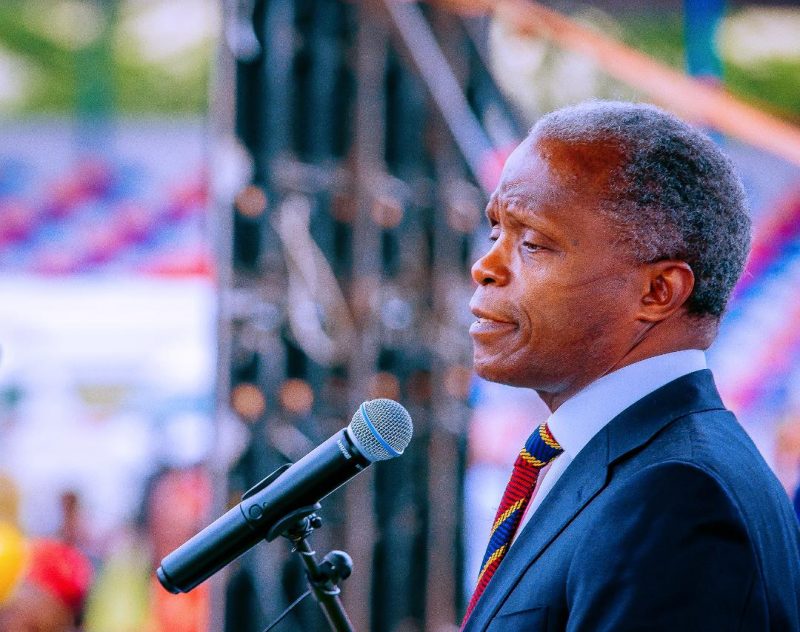 Vice President Yemi Osinbajo, said Nigeria cannot afford another civil war because it will not augur well for the country.

Osinbajo said this at an interactive forum of All Progressives Congress (APC) Anambra governorship aspirants, organised by the state chapter of APC Patriots in Abuja.

“The thing about the kind of conflict in this part of the world, developing countries, is that it is usually a war without end.

“Everyone who thinks he has some monies stored up somewhere will eventually run out of money.

“Everyone who thinks he can go and hide somewhere, won’t even find a place to hide, at the end, everyone will suffer.

“Even if you don’t suffer, parents, children, young and old people and relations will suffer. We cannot afford a war in this country, we can’t afford it,’’ he said.

Osinbajo said the political elite must rise up to the challenge by speaking the truth and taking actions to address the situation in the country.

“I pray that our country will never know conflict, but I know that every conflict is as a result of elite failure to speak up the truth and tell the truth to their communities.

“At the end of the day, it is the political elite that determines what happens in every society, keeping quiet could lead to a more dangerous situation,” he said.

The Vice President said that the elite could make a great difference just by the words they speak.

“If we don`t speak up against disunity, if we keep quiet and remain under the radar, the enemies of peace and those who want to promote disunity will have their ways.

“And when this happens, we will find ourselves running helter-skelter,’’ Osinbajo said.

He, therefore, urged political elites in the country to always speak up and stand for the interest of the country and the general public.

Osinbajo assured the APC aspirants that the leadership of the party would ensure a level playing field for them at the primary election slated for June to ensure that the best aspirant emerged as the candidate.

He, however, charged them to work in unity and commitment to the party.

“No one politician can win an election all by himself. I also want to advise you against the winner takes all syndrome,” he said.

The event was the first interactive forum of the Anambra APC governorship aspirants, aimed at preparing the ground for the party’s victory at the Nov. 6 governorship poll.