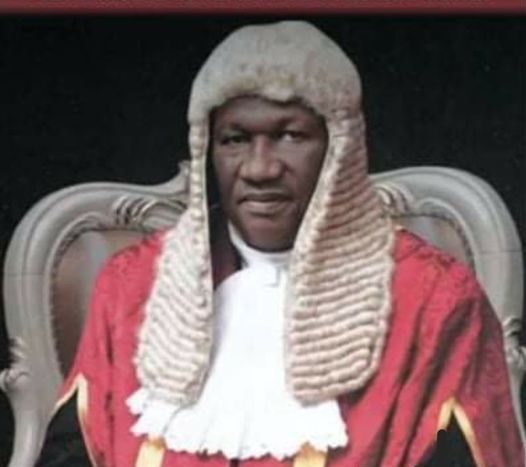 The Senate has confirmed the appointment of Hon. Justice Salisu Garba Abdullahi as Chief Judge of the High Court of the Federal Capital Territory, Abuja.

The confirmation of Abdullahi’s nomination followed the consideration of a report by the committee on Judiciary, Human Rights and Legal Matters.

Chairman of the Committee, Senator Opeyemi Bamidele (APC, Ekiti Central), in his presentation, said Abdullahi while appearing before the Committee for screening, demonstrated sufficient knowledge and full grasp of the law in response to questions put to him on the Independence of the Judiciary; Automation of Court Proceedings; Reform in the Justice Sector; Rule of Law and Compliance with the Provisions of the Constitution, among other legal/jurisprudential issues.

He stressed that the appointment of the nominee satisfied the requirements of the 1999 Constitution (as amended); and the Senate Standing Orders, 2015, as amended.

According to him, “Hon. Justice Salisu Garba Abdullahi has a wide range of experience, comportment, exposure and possesses the requisite leadership qualities of a Judicial Officer to effectively superintend over a court of such magnitude and complexity, and can exercise restraint and uphold the dignity of the High Court of the FCT, Abuja and the litigants in the discharge of his official functions.

He added that there was no petition or adverse report against the nomination of the nominee as the Chief Judge of the High Court of the FCT.

President Muhammadu Buhari, had last week Tuesday requested the Senate to confirm the nominee as substantive Chief Judge of the FCT High Court.

According to President Buhari, the request was made pursuant to Section 256 subsection 1 of the 1999 Constitution as amended.

Abdullahi was appointed as the Acting Chief Judge of the FCT High Court on 6th January, 2021; a position he held until his appointment by President Buhari.