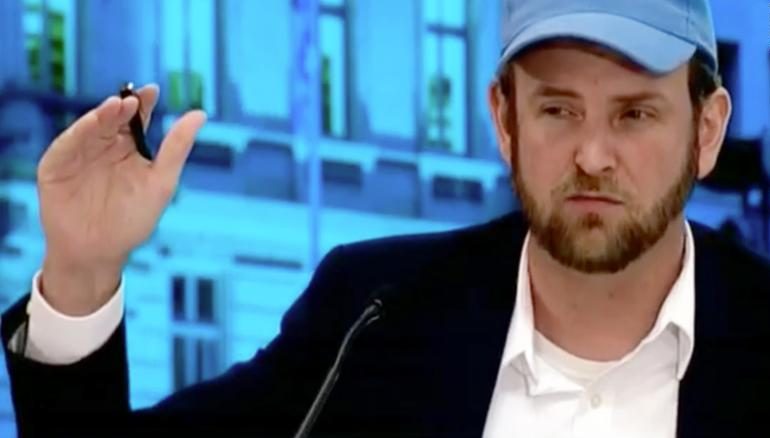 Seth Andrew, a former White House senior adviser for the Obama administration has been charged with stealing $218,000 and making false statements to a bank.

Audrey Strauss, the United States Attorney for the Southern District of New York, and William F. Sweeney Jr., Assistant Director-in-Charge of the New York Field Office of the FBI, announced Tuesday the unsealing of a complaint charging SETH ANDREW with wire fraud, money laundering, and making false statements to a financial institution.

The theft was in connection with a charter school network that the 42 year-old Andrew founded.

He was arrested Tuesday in New York and was presented before U.S. Magistrate Judge Gabriel W. Gorenstein.

Manhattan U.S. Attorney Audrey Strauss said: “As alleged, Seth Andrew abused his position as a founder of a charter school network to steal from the very same schools he helped create.

“Andrew is not only alleged to have stolen the schools’ money but also to have used the stolen funds to obtain a savings on a mortgage for a multimillion-dollar Manhattan apartment.

“Thanks to the FBI’s diligent work, Andrew now faces federal charges for his alleged scheme.”

FBI Assistant Director William F. Sweeney Jr. said: “Locking into the lowest interest rate when applying for a loan is certainly the objective of every home buyer, but when you don’t have the necessary funds to put down, and you steal the money from your former employer to make up the difference, saving money in interest is likely to be the least of your concerns.

“We allege today that Andrew did just that, and since the employer he stole from was a charter school organization, the money he took belonged to an institution serving school-aged children.

“Today Andrew himself is learning one of life’s most basic lessons – what doesn’t belong to you is not yours for the taking.”

As alleged in the Complaint unsealed:

The same day that ANDREW closed Escrow Account-1 and Escrow Account-2, ANDREW entered a Manhattan branch of a different FDIC-insured bank (“Bank-2”) and opened a business bank account in the name of “[School Network-1] Charter School” (“Fraud Account‑1”). To open that account, ANDREW represented to a Bank-2 employee that he was a “Key Executive with Control of” School Network-1 Charter School, which was a lie. ANDREW then deposited Check-1 into the account but, that day, ANDREW did not deposit Check-2.

At the time ANDREW deposited Check-1 and Check-2 into a Bank-2 bank account, ANDREW was contemplating obtaining a mortgage from Bank-2 to purchase a residential property. At that time, Bank-2 offered certain customers, as a promotion, more favorable mortgage interest rates if those customers maintained a certain amount of funds in Bank-2 accounts. Specifically, for every $250,000 on deposit, up to a total of $1 million, Bank-2 would lower that qualifying customer’s mortgage interest rate by 0.125%. Thus, in total, if a qualifying customer maintained $1 million or more of his/her funds in Bank-2 accounts that customer would receive a 0.5% interest rate deduction on a Bank-2 mortgage. But to take advantage of the interest rate deduction promotion, Bank-2 required that the funds a customer deposited be funds owned by the customer or, in some instances, a business the customer owned, controlled or was lawfully associated with. Bank-2 did not permit a customer to utilize money owned by someone else to gain the benefit of the interest rate deduction promotion.

By April 2019, because of the $142,524 ANDREW deposited in Bank-2, using the money he stole from two charter schools, ANDREW deposited a total of approximately $1,007,716 with Bank-2, and therefore became eligible to receive a 0.5% interest rate deduction – the largest deduction a customer could receive from Bank-2’s promotion. Without the $142,524 deposited stolen funds, ANDREW would have been eligible for only a 0.375% interest rate deduction. On August 21, 2019, ANDREW purchased a residential property located in New York, New York, for approximately $2,368,000. To effectuate that purchase, ANDREW, and his spouse, obtained a mortgage from Bank-2 in the amount of $1,776,000 with an interest rate of 2.5% – taking full advantage of the promotion Bank-2 offered.

On October 21, 2019, ANDREW deposited Check-3 into an account that he opened at a third bank (“Fraud Account-2”). Approximately one month later, ANDREW obtained a check from Bank-2 for $144,473.29, which constituted the funds stolen from Escrow Account-1 and Escrow Account-2, and ANDREW ultimately deposited those funds into Fraud Account-2. Five days later, ANDREW rolled the funds in Fraud Account-2 into a certificate of deposit. That certificate of deposit matured on May 20, 2020, which earned ANDREW $2,083.52 in interest. ANDREW then transferred the funds from the certificate of deposit – including the funds stolen from the Escrow Accounts – into a bank account held in the name of a particular civic organization that ANDREW currently controls, thereby concealing the money’s association with School Network-1, and depositing the stolen money into an account under ANDREW’s complete control.