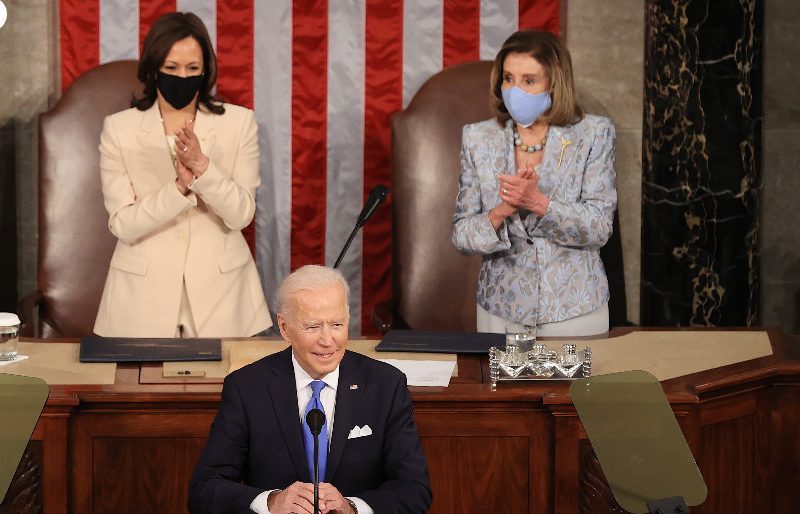 As he spoke, two women sat behind him: Speaker Nancy Pelosi and Vice President Kamala Harris. They are also the women in line of succession.

Pelosi has been in the position before during presidential speeches.

But with the addition this time of Kamala Harris, the nation’s first female vice president, the two persons seated behind and on either side of Biden who Americans see on their TV screens during the primetime address will be women.

It marks a milestone in the nation’s nearly 245-year history, and female lawmakers noted the symbolism regarding the strides that women have taken to reach positions of American power.

“Like so many women, I feel pride in this moment and seeing this representation,” House Democrat Barbara Lee posted on Twitter.

It also marks a first of another sort: both the speaker and the vice president wore masks, a key plank of policies implemented in Congress beginning last year to guard against the spread of the coronavirus.