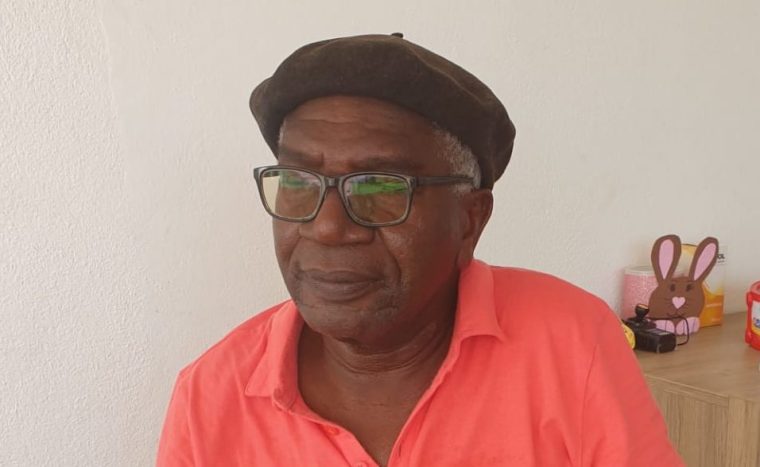 Angolan editor Francisco Rasgado faces some time in jail and a hefty fine over a criminal libel case filed against him by a top official of the ruling MPLA.

Rasgado, the founder and director of the privately owned newspaper Chela Press was arrested at home on 23 April by the police.

His arrest followed his failure to appear in court in connection with a criminal defamation and insult complaint by Rui Falcão, the secretary of information for the ruling People’s Movement for the Liberation of Angola (MPLA) party

The Committee to Protect Journalists has launched a campaign to free him, urging for the reform of the country’s laws to decriminalize journalism.

CPJ urged the Angolan authorities to drop the criminal defamation and insult charges against Rasgado.

Faria told CPJ that his client was never notified of that hearing.

Rasgado said he spent the weekend in jail and was freed on April 26, and attended a court hearing the following day.

His next court date is scheduled for 3 May.

If convicted, Rasgado could also face fines and up to six months imprisonment for criminal defamation, and up to two months for the insult charge under Angola’s penal code.

“Instead of hounding journalist Francisco Rasgado, MPLA official Rui Falcão should use his clout as a senior party officer to push for the repeal of Angola’s criminal defamation and insult laws in line with the trend elsewhere in Africa and the world.”

The complaint by Falcão, a former governor of Angola’s southern Benguela province, related to articles published by Chela Press, and republished by its Facebook account, in July and August 2020 accusing his administration of corruption, including in a local construction deal, according to Rasgado and media reports.

After the investigations were published, local media reported that Falcão promised to take legal action against Rasgado and said he should receive a “karate-style beating.”

CPJ called and texted Falcão for comment, but he did not respond.

Faria and Rasgado told CPJ that even if the journalist had deliberately ignored the court date, he should have been given five days to justify his absence before being jailed, under Angola’s criminal procedure code, and therefore his arrest warrant had been issued illegally.

The arrest warrant, signed by Judge António Santana and reviewed by CPJ, simply stated the reason for the journalist’s detention was to “await procedures intended by the judge.”

When CPJ called Santana for comment, the judge hung up after CPJ asked about the legality of Rasgado’s detention, and then did not respond to subsequent calls and text messages.

Rasgado told CPJ he was arrested in front of his two children, and said the four heavily armed police officers threatened to shoot him because he questioned the absence of details on the arrest warrant.

Teixeira Cândido, president of the Syndicate of Angolan Journalists trade union, expressed concern about Rasgado’s prosecution in a phone interview with CPJ, saying that the judge appeared to have predetermined Rasgado’s guilt, even though there was proof that what the journalist had published was true and backed up by documentary evidence.

“The defense lawyers have raised a number of irregularities that appear to have been ignored, and since the judge detained Rasgado illegally, we have no reason to be optimistic and should be prepared for this judge to convict Rasgado,” Cândido told CPJ.

Police in Angola recently interrogated journalist Mariano Brás for allegedly insulting President Lourenco, and detained reporter Jorge Manuel for five days over his work, as CPJ documented at the time.