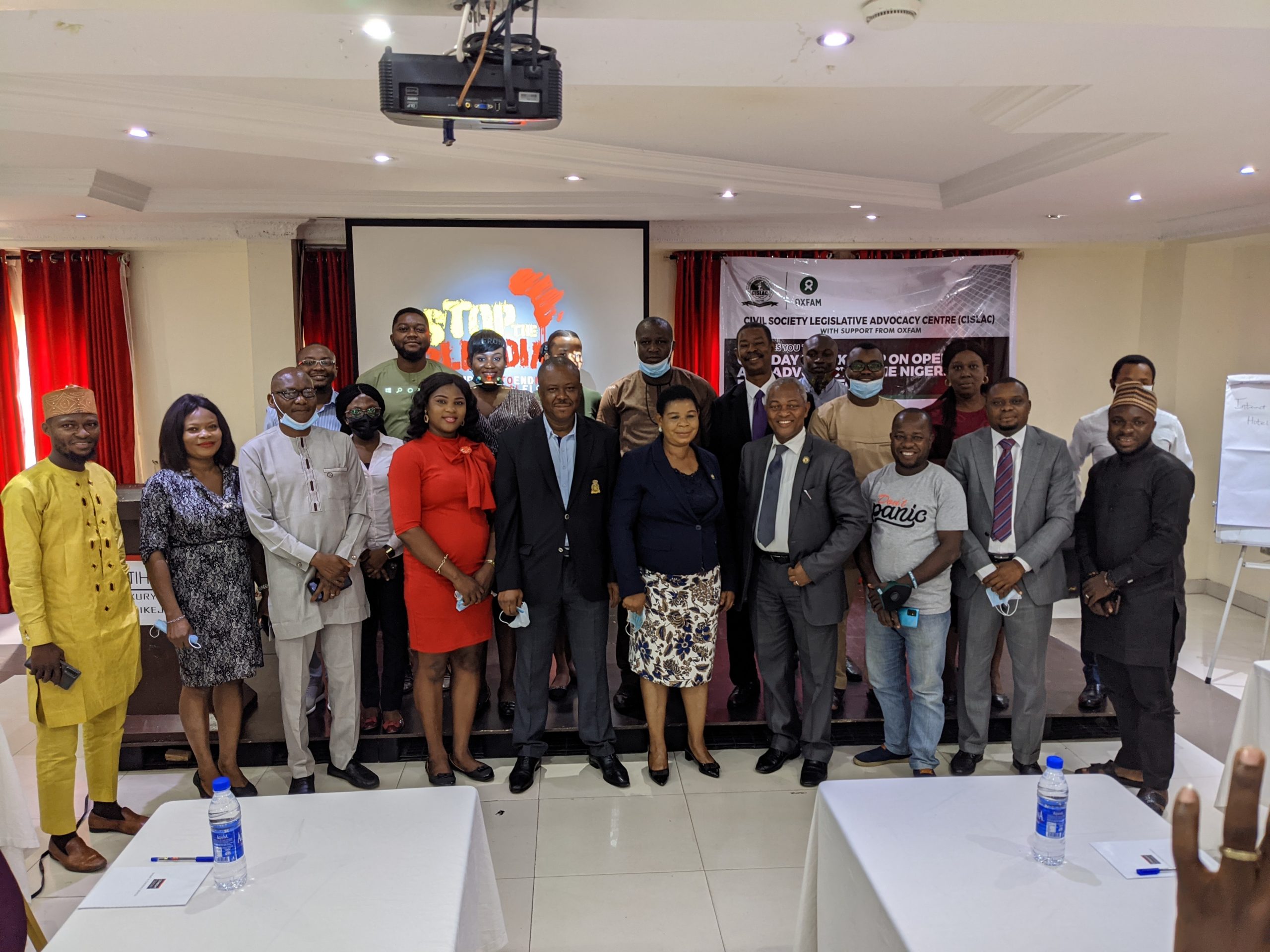 Stakeholders and Civil Society organizations have recommended immediate passage and signing to law of the Petroleum Industry Bill (PIB) to help lift unnecessary responsibilities from the shoulder of the national oil company and help it focus on its crude and petroleum business thereby eliminating the role of middlemen.

The position of the stakeholders was presented by the Civil Society Legislative Advocacy Centre (CISLAC)/Transparency International- Nigeria, with support from OXFAM, at a multi-stakeholder workshop on Open Data to advance the agenda on strengthening transparency and accountability in the extractive sector.

The workshop was part of CISLAC’s efforts to intensify engagements to push the bar in the effective implementation and consolidation of the various open data reforms and advancing the agenda on strengthening transparency and accountability in the extractives sector.

Following technical sessions and extensive deliberations acknowledging and appraising the ongoing efforts of the government in implementing open data reforms in the extractives sector, the CISLAC said there is opaqueness and lack of transparency in the extractive industry in Nigeria.

According to the group, The lack of transparency has enabled the extractive industry to shortchange the country over the years in terms of under- remittance of revenue to the Federal Government.

“Data availability and accessibility is only a first step in the entrenchment of transparent and accountable extractive sector governance.

“The effective utilization of open data for probity is key to driving transparency and accountability in extractive sector governance,” it added.

CISLAC, however, called for the immediate passage and signing to law of the Petroleum Industry Bill (PIB) which will help unbundled the NNPC and thus set it on the part of efficiency.

By doing so, the bill will help NNPC focus on “its crude and petroleum business thereby eliminating the role of middlemen such as Duke Oil Inc., and by extension the associated wastage.

According to the group, setting up a briefcase company, Duke Oil Company Inc (DOCI) in Panama that avoids paying tax to the Nigerian government and feeds on the dysfunction in the nation’s refineries does not fulfil this purpose.

“These fictitious entities have not contributed anything meaningful to the Nigeria and so should be windup.

“In line with the provision of S. 21(3) of the Fiscal Responsibility Act 2007, the budget of NNPC to be brought under the Appropriation Act and subject to oversight of the National Assembly to reduce wasteful expenditure.

“If the budgets of NNPC (and by extension Duke Oil) and other subsidiaries are not debated by the National Assembly, opportunities for waste within Duke Oil will continue to exist to the detriment of Nigeria.

The group also said a state of emergency should be declared on the nation’s three refineries, “carry their complete overhaul and ensures accountability of their operations to set them on the path of efficiency.

“The federal government should suspend the block crude allocation of 450,000 barrels per day to NNPC Group while it investigates the activities around previous allocations.

The group also urged the federal government to embrace a public-private arrangement for managing the operation of the refineries. “In a way similar to the public (49%) private (51%) ownership structure of the NLNG project.”

The group also called on President Muhammadu Buhari as a matter of national interest to relinquish the position of petroleum minister and appoint a substantive minister to oversee the Ministry.

According to CISLAC, holding such a position makes it awkward as there is no one to report to the president in the case of serious lapses. Secondly, given the nature of the Office of the President, he has no time to pay attention to the issues of running the ministry.”