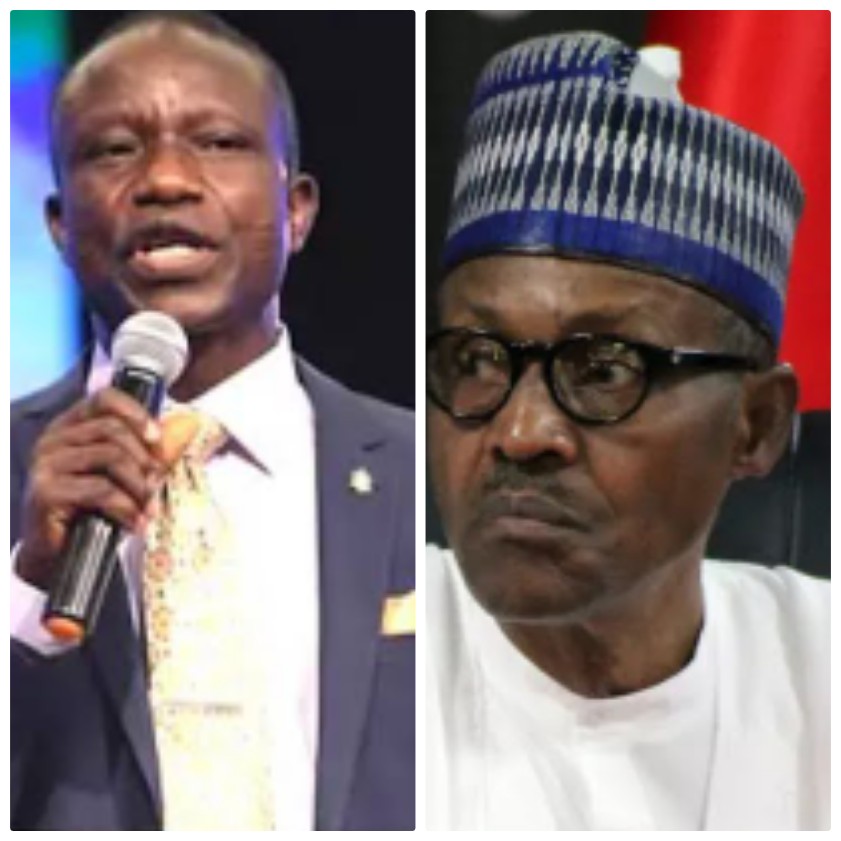 National President of the Pentecostal Fellowship of Nigeria (PFN), Bishop Wale Oke, said the level of insecurity in Nigeria tormented him to the point that he prayed for the removal of President Muhammadu Buhari.

Oke stated this at his church’s vigil at the auditorium of the Precious Cornerstone University (PCU), Garden of Victory, Ibadan.

He said Buhari must go for Nigeria to experience peace.

He attributed the recent kidnappings of students to failures of the Buhari-led administration.

Bishop Oke said even during the civil war, Nigeria didn’t witness as many killings, saying unlike then when only the East was boiling, all parts of the country are reeling with attacks.

He said: “In the 1960s when Nigeria fought civil war, Eastern part of the nation was the theatre of war.

“Sadly today, everywhere in Nigeria is the theater of war with much killings and bloodshed going on in the country every day.”

Bishop Oke also blamed the Buhari government for the attack on Greenfield University in Kaduna.

According to him: “Some wicked people kidnapped some students and demanded N800m for their release; they killed them.

“The government could not lift a finger and you are telling me that the President has not failed? Buhari has failed!”

“For the first time, I have found myself praying that God should remove Buhari. They kidnapped students without the government doing anything and you are telling me that the government has not failed?

“Are you saying we can not move against an incompetent government whose security apparatus has collapsed?”

He added: ” I am not afraid of anybody. I am not! I am the prophet of the Most High, He watches over me. No bullet of the enemy can kill me; I can’t die in the hands of a man.”

According to The Nation, Oke also attributed the insecurity in Nigeria to Fulanis and accused the Buhari’s administration of treating them with kid gloves.

He said: “Fulani, a tribe less than ten percent, troubling the whole nation. God will trouble them and when the table turns against the Fulanis, they will be consumed to the roots.”