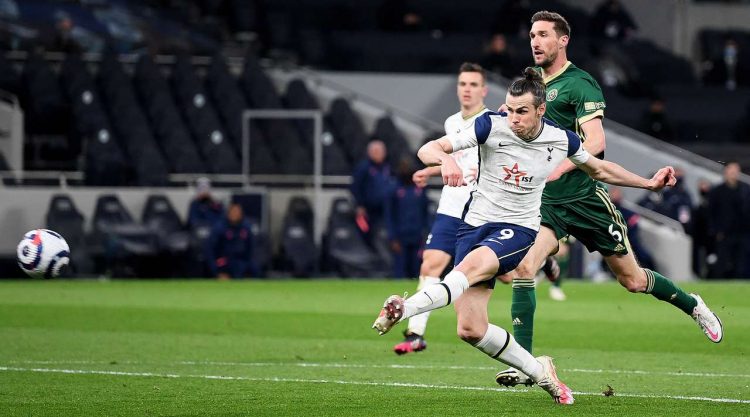 Gareth Bale netted a hat-trick as Tottenham moved up to fifth on the Premier League table with a 4-0 win over Sheffield United on Sunday.

The home side started brightly and poked their noses in front when Serge Aurier’s looped pass was finished calmly by Bale in the first half.

Spurs’ had the ball in the back of the net again just after the break, only for Son Heung-min’s effort to be ruled out for offside.

After that the Blades tightened up but not for long with Bale grabbing an emphatic second with 61 minutes.

Soon after, the Welshman completed his hat-trick, firing home from just outside the box after Aurier had laid him off.

Son then added some gloss to the scoreline, curling one into the top corner with the ball clipping the post on its way in.