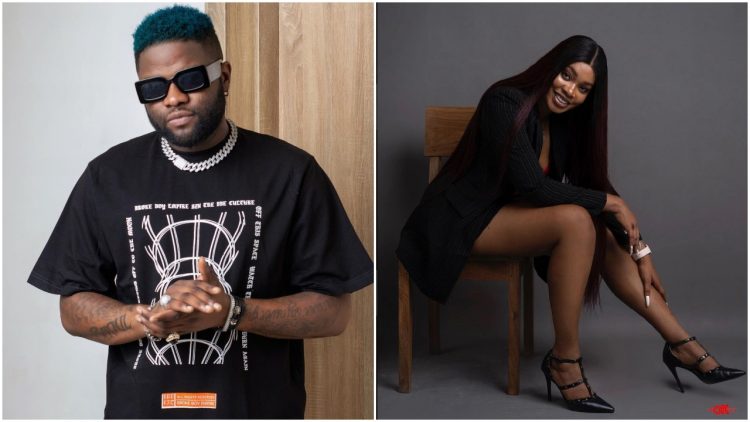 Popular musician, Raoul John Njeng-Njeng a.k.a Skales has tied the nuptial knot with his fiancée, Hassanity.

The traditional wedding between Skales and his lover took place on Saturday, May 1, 2021.

The music star shared a video from the wedding via his Instagram page.

Their traditional wedding was attended by many celebrities including Tanzanian music star, Harmonize.

Skales previously announced their engagement in March 2021 after he proposed to Hasanity with the video of his proposal going viral on social media.

The musician’s traditional wedding is coming just two weeks after the 30-year-old got engaged with the model on her birthday.

“The last time I felt this nervous was my first time on stage. Badman finally got the loving. She said YES…,” he had said at the time.

The musician, however, remained silent on details as regards when a white wedding would be between him and his love.

Skales signed a record deal with E.M.E after meeting Banky W. in 2009. He released the singles “Mukulu” and “Keresimesi” simultaneously.

Skales was one of the main acts on E.M.E’s debut compilation album, Empire Mates State of Mind (2012). He collaborated with Banky W., Wizkid, Shaydee, Niyola and DJ Xclusive on five of the album’s seven singles.