Another man stabbed to death in London after Nigerian's killing - P.M. News

Another man stabbed to death in London after Nigerian's killing 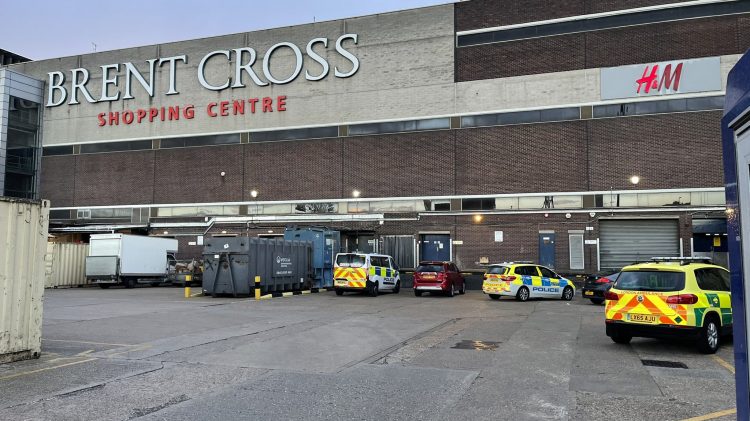 The Brent Cross Shopping Centre where another was stabbed to death in London. Photo: @MrShneor (Twitter)

Another man has been stabbed to death inside the Brent Cross Shopping Centre in North West London.

This is coming few days in which a Nigerian, Michael Olatunde Fadayomi, 40 was stabbed to death in North West London while trying to protect his son who was being threatened on his way to football training.

The Police were called at 6.45pm on Tuesday following reports of a group of male fighting inside the shopping centre.

The officers, on arriving the scene attended and found a 21-year-old man who had been stabbed, but his identity is not yet known.

First aid was administered by the officers, members of the public and the London Ambulance Service.

The London Air Ambulance were also called, but the man reportedly died at the scene, according to MyLondon.

Police say efforts are underway to inform his next of kin, while a murder investigation has been launched following the fatal stabbing.