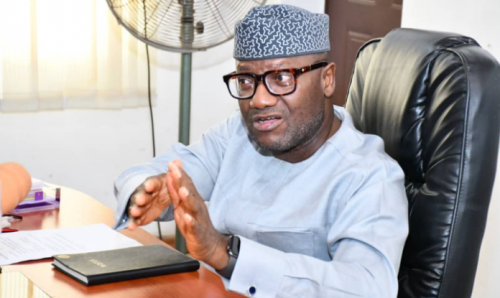 It is heart-warming that the Ogun State Independent Electoral Commission (OGSIEC) has formally released the timetable and notice for the conduct of election into the offices of Chairmen and Councilors in the 20 local government areas of Ogun state.

This is gratifying because the election timetable, coming after much apprehension occasioned by the successive renewal of the tenure of the Local Government council caretaker committee since the Dipo Administration kicked off , would certainly calm frayed nerves among the political parties, aspirants, party members and people at the grassroots.
The unveil of the timetable was also gratifying for stakeholders who have faulted the running of the 20 LGAs by transition caretakers as undemocratic. The Ogun State chapter of the People’s Democratic Party (PDP) has berated the state government for extending the tenure of the caretakers twice, and called for the conduct of the election in line with the 1999 Constitution of the Federal Republic (as amended).

The Ogun State Commissioner for Local Government and Chieftaincy Affairs, Hon. Afolabi Afuape, had cited the inauguration of members of OGSIEC, which was not in place then, as one of the critical constitutional requirements to conduct the election. The outbreak of coronavirus as well as the required huge funds were also strong arguments for the postponements of the local government election.

Be that as it may, the announcement of the election timetable by OGSIEC Chairman, Mr. Babatunde Osibodu, should ordinarily be a thing of joy to all the relevant stakeholders.
Much more, the announcement that the election would hold on Saturday, 24th July, 2021, should cause positive anticipation and a reason to prepare well and fully participate among the aspirants, political parties and party members and the generality of people.
Concerned stakeholders and keen observers have picked hole in OGSIEC’s released timetable as the notice announced on April 30th by the electoral commission, left many issues begging for very sincere and honest answers.

In contravention of well-established democratic rules, and for whatever intention or interest it seeks to serve, OGSIEC’s timetable put the primary election process to be completed within a week.

Without any doubt, the moral burden has been placed on the Osibodu-led OGSIEC to, among other concerns, answer the following questions honestly and sincerely in order for stakeholders to see the commission as believable to conduct fair and credible local government election.

One, has the OGISEC ever conducted a stakeholder engagement with all the political parties as it is the norm? Standard practice is that the commission would convene a stakeholder meeting where all stakeholders would come together, brainstorm and agree modalities and steps to ensure a hitch-free, fair and credible election process. The commission did not do this before releasing the timetable, neither did it plan to do so.

Two, is OGSIEC living on the assumption that the pre-election activities by most aspirants especially those in the APC are substitutes for campaign activities that political parties sponsoring candidates should normally organise to market their flagbearers? Those activities are not know to any law under the Nigerian electoral laws. Osibodu and his team may have missed it here.

Third, in a multi-party electoral process, how does the commission expect the political parties to conduct expression of interest, party screenings, party primaries, resolution of issues arising from primaries etc within four working days (less than week)? One can only wonder the magic Osibodu is expecting parties to perform.

The vibe from OGSIEC may also not be far from the perceived behind-the-scene moves by certain powers-that-be in Ogun State to influence OGSIEC to accept their pre-conceived outcome of the local government election in favour of their anointed candidates.

Unfortunately, the commission appears to be acting a script or obviously mistaking the perceived anointing of certain favoured candidates by highly influential APC politicians as the readiness of the entire Ogun State APC for the local council election to the detriment of the interest of the larger stakeholders in the party.

One can only wonder why OGSIEC that is expected to be an independent and unbiased umpire is leaning to the influence of bigwigs such as the former Speaker of the state House of Assembly and Governor Dapo Abiodun’s Special Adviser on Political Matters, Rt. Hon. Tunji Egbetokun and Hon. Afolabi Afuape the Commisioner for Local Government and Chieftaincy Affairs to think the APC is ready for the election.

It may be safe to conclude that everything is even shrouded as a conspiracy; otherwise, why is it that even the PDP that is known for speaking loudly against undemocratic tendencies has gone quiet? Unlike in the past, the party has not made a statement to decline its participation or boycott of the election.

Whichever way one looks at it, the election timetable released by OGSIEC cast shadow over the forthcoming LGA election because everything appears to be a fiat arrangement by a clique in APC, and sadly a few loyalists of the Governor.

OGSIEC has put question mark on its avowed assurance to ensure a free and fair electoral process. Therefore, the commission must retrace itself by doing the right thing. Only then can it convince concerned stakeholders of its willingness to conduct a free and fair election come Saturday, 24th July, 2021.