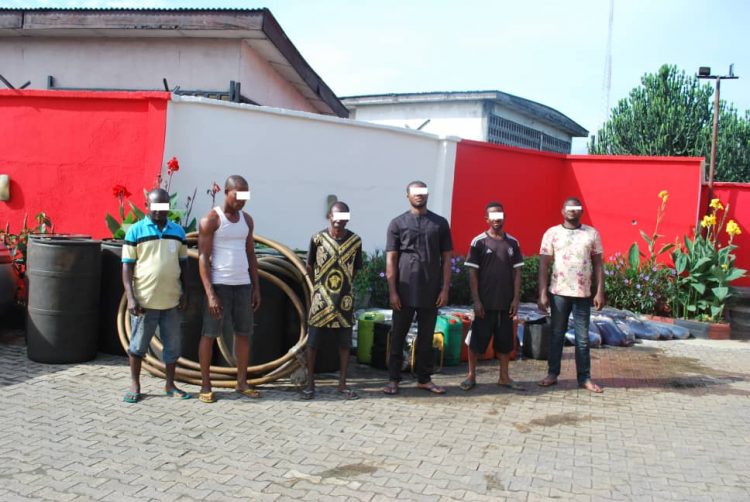 They were arrested based on verified intelligence and discreet surveillance by the EFCC.

According to the statement, they were arrested alongside one tanker with registration number XR 690 PHC, loaded with suspected illegally refined product.

Other items recovered from them are: a Toyota Camry car, eight drums, five jerry cans and 65 sacks of products suspected to be illegally refined petroleum product and a pumping machine and hose.

The EFCC said the suspects would be charged to court as soon as investigation is concluded.